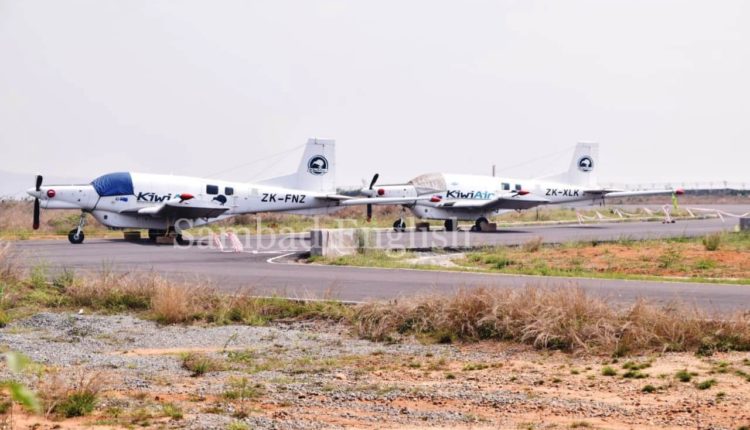 Rourkela: While the entire country has come to a standstill due to the nationwide 21-day lockdown following coronavirus outbreak, two chartered flights from New Zealand have remained grounded at Rourkela Airport here since last 13 days.

However, six occupants, including the pilot have been sent back to their country following special arrangements by the Rourkela Steel Plant (RSP) authorities .

Sources said two Kiwi Air flights had landed at Rourkela Airport on March 19 for a geographical survey. However, after Prime Minister Narendra Modi declared lockdown following coronavirus outbreak,  authorities concerned of the foreign country asked all of them to return and urged officials of RSP to extend assistance.

First,  the RSP authorities sent the six foreign nationals to Ispat General Hospital (IGH) for a medical checkup and later accommodated them in a hotel.  Thereafter, with the help of RSP officials, the six foreigners boarded a flight from Jharsuguda and returned to New Zealand via New Dellhi.

Meanwhile, it is alleged that RSP authorities did not inform the district administration anything about the development. However, the steel plant officials were not available to comment on the matter.