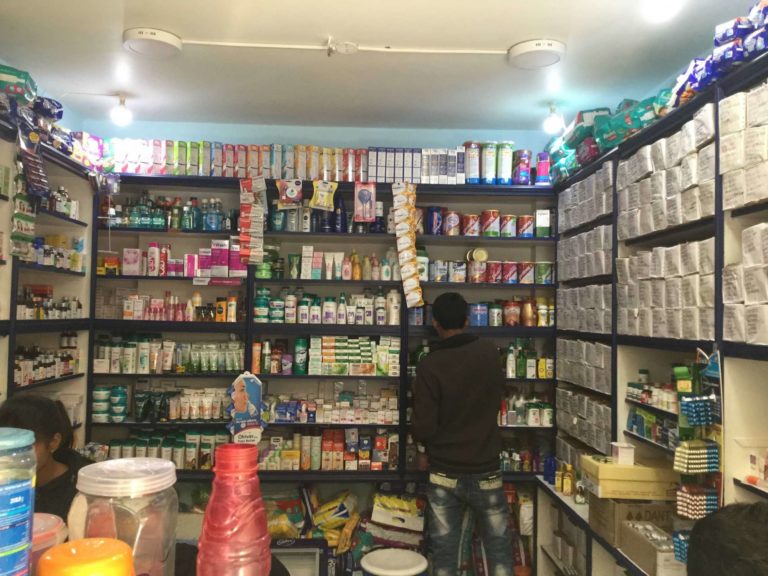 Bhubaneswar: Health advisories have been issued to medicine shops in Odisha to keep a record of people purchasing flu medicines as authorities suspect they could be used to suppress symptoms of coronavirus with an intent to skip testing.

The Drug Controller Administration under the Health and Family Welfare department of Odisha has asked pharmacists to note the address or at least telephone number of the persons buying medicines for cold, cough and sneezing.

“We have been collecting data in order to ascertain the ratio of population vulnerable to cold and fever. There is no reason to be worried about. The data may be used in extreme case in future,” M Patnaik, the Drugs Controller of Odisha, told PTI.

In Bihar, though the health department denied issuing any such directive, but district administration of Bhojpur and Rohtas have sent a note to the chemists to this effect.

Reports suggest that a large number of people are buying medicines like paracetamol which may be used to suppress symptoms of the infectious virus.

In Bihar, Rohtas and Bhojpur, district administrations have issued a directive to pharmacies to submit records of people buying medicines for fever, cough and cold probably to keep track of those having symptoms akin to COVID-19.

According to the order, the medicine shops have been told to submit information to the authorities concerned in their respective areas.

Assistant Drug Inspector, Rohtas in a notice asked medical shops to maintain personal details of people buying medicines for fever, cough and cold in a proper format and the same (details of buyers) should be sent to the Drug Inspector on their whatsapp numbers on a daily basis for perusal of the District Magistrate.

In Bhojpur, the district administration has directed the medical shops to write down name and mobile phone numbers of people buying paracetamol and crocin tablets. They have been instructed to furnish the details to the concerned government hospitals incharge or Medical Officer.

It also said that even private clinics and hospitals will provide information about such patients coming to them with synptoms of fever, cold and cough to the concerned government hospital.

“We know fever, cold and cough are seasonal disease. The people should cooperate and open up,” she said adding urban local bodies” help is also taken to make medicine shops aware about coronavirus.

A chemist outlet owner in IRC village in Bhubaneswar said, “Yes we have been sending address and phone numbers of the people purchasing medicines for cold and cough to the department. People have no hesitation in sharing their phone numbers.”

This apart, Patnaik said the Drug Controller Administration has already restricted sale of certain medicines like Hydroxychloroquine and Azithromycin. The chemist outlets are directed not to sell such medicines without doctors prescription, she said.

The Drugs Controller said that the government has already stopped supply of such medicines to outlets as per an order of the government. This is done to discourage people from using such medicines as they have side effects and therefore should be consumed on prescription of doctors.

Anti-malarial drug Hydroxychloroquine is in much demand for management of COVID-19 cases.

‘No change in lockdown restrictions in Odisha Capital’