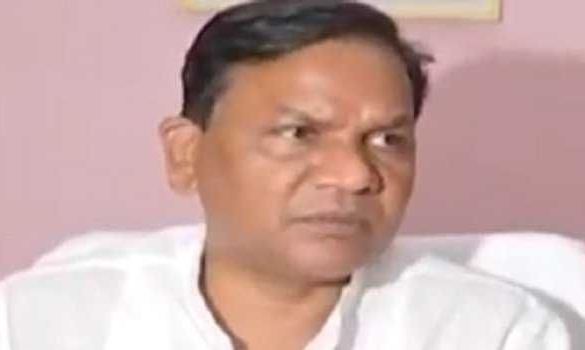 Bhubaneswar: Leader of Opposition in the Odisha Assembly Pradipta Naik on Tuesday urged the State government to take steps to suspend the MLA Local Area Development (MLALAD) fund for two years and slash salaries of ministers and legislators by 30 per cent for a year as it will provide additional funds to fight COVID-19.

Taking a cue from the Centre which has approved an ordinance to reduce salaries of all sitting MPs by 30 per cent for one year and suspend the MP Local Area Development Schemes (MPLADS) for two years, the senior BJP leader said, the Odisha government should adopt similar measures in view of the coronavirus pandemic. The salaries of political leaders holding posts of chairperson and president in various state PSUs, councils, corporations and other government bodies should also be reduced by 30 per cent, he said.

“I request the state government to suspend the MLALAD fund for two years. Salaries of ministers and MLAs should also be cut by 30 per cent for at least one year in view of the coronavirus crisis,” he said.

The MLAs in Odisha are entitled to Rs 3 crore each under the Local Area Development Fund for carrying out developmental activities in their constituencies.

Maintaining that the entire country is fighting to contain the spread of the virus, Naik said, “Being people’s representatives, we have a significant role at this juncture.”

Suggesting formation of a special fund with the money obtained from the proposed suspension of the MLALAD fund and salary reduction, Naik said, it should be utilised for combating coronavirus in an effective manner in the state. The fund can be of immense help in strengthening the preparedness to deal with preventing the spread of COVID- 19, he said.

It can also be used for implementation of a long-term plan to strengthen the health sector in the state. The BJP leader, who also put forward his suggestions in a series of tweets, said that the state government may also considering reduction of budgetary allocation for some departments and put the money in the special fund as it would go a long way in giving a boost to the health sector. Urging the state government to seriously consider his suggestions, Naik said, he will soon send a formal letter to Chief Minister Naveen Patnaik in this regard.

BMC sets up another COVID Care Centre in Odisha Capital