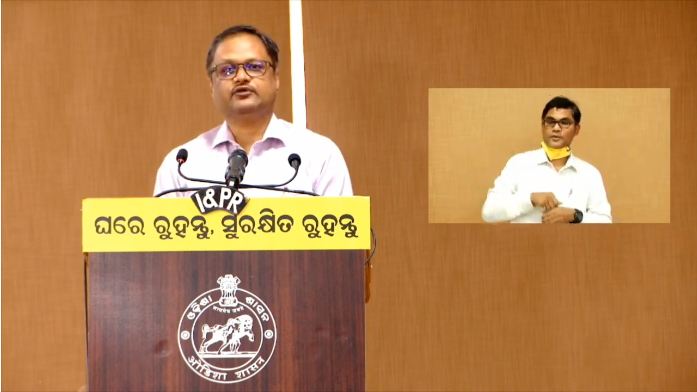 Bhubaneswar: People, who have been stranded in other States and are wishing to return to Odisha after the lockdown, are required to provide their Aadhaar number and mobile number mandatorily during registration with the Odisha government. This was informed by the Panchayati Raj Department Deoranjan Kumar Singh today here.

While registering on a portal launched by the Odisha government, https://covid19.odisha.gov.in/, people interested to return to the State will have to provide their Aadhaar number and mobile number while filling up the registration form, he said. This apart, they have to mention other details like category of the traveller, name, gender, from which place the person is returning and to which place the concerned person wants while filling up the registration form.

The form can be filled either by self or relative of the person wishing to return. Also, the State government has appointed gram panchayat nodal officer and ward nodal officer to help people fill up the registration forms, he added.

The person after their return will be sent for 14-day quarantine and then their test will be conducted, the official said.

Meanwhile, Odisha government’s Chief Spokesperson on COVID-19 Subroto Bagchi said, “There are no lapses in the whole-of-Government approach. But the Chief Minister has sought a whole-of-society approach to bring back Odias stranded in other states.”