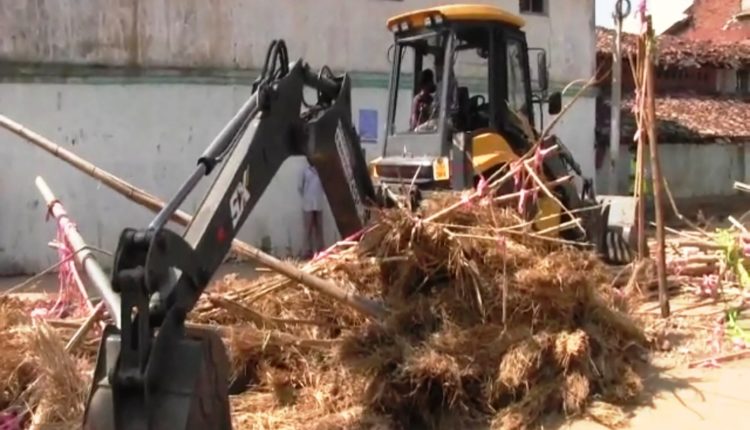 Balangir: The Balangir police today demolished a Mandap that was set up for celebration of Ram Navami in Sadaipali area under Sadar police limits in the district. Also, the cops arrested six people in this connection.

Sources said the Mandap was built ten days ago. Following announcement of the coronavirus lockdown, the district administration had issued a written order to the organizing committee four days ago asking it to bring down the setup to ensure better compliance with social distancing norms.  The district Sub-Collector had reportedly given them a deadline till 9 pm on Wednesday for the same.

On being informed that the Mandap was still standing, the Sub-Collector visited Sadaipali area today and tried to convince them as to why public gathering can’t be allowed in the current time. As locals continued to resist the order, the Sub-Collector called out for a JCB and razed  the Mandap.

Later, section 144 was imposed in the village for two days and a platoon of police force was deployed to patrol the area, sources added.