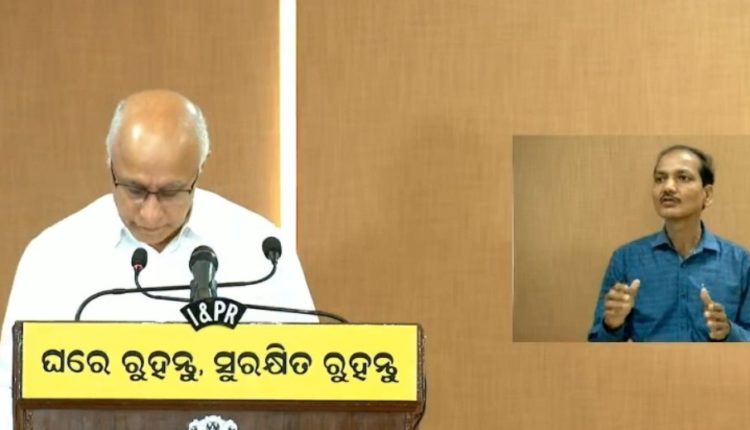 Bhubaneswar: Amid COVID-19 outbreak, the Odisha government today said it has information about three persons from the State who attended a religious prayer meeting in Hazarat Nizamuddin and they have been kept in government quarantine facilities. This was informed by the government’s Chief Spokesperson on COVID-19 Subroto Bagchi here.

He further said family members of the three persons returned from Nizamuddin have been placed under observation as well. The government has begun tracking exercise to identify others from the State who attended the religious prayer meeting, Bagchi said.

However, Bagchi refused to divulge more details about the matter and said he will share updates on Wednesday.

Six people from Telangana and one from Jammu and Kashmir, who attended religious congregation, died due to coronavirus. Besides, over twenty people have tested positive.

Over 2,000 delegates, including those from several foreign countries, attended the congregation.

Instances of misuse of ambulance services have come to the fore. In such cases, ambulance driver ferrying passengers will be arrested and the vehicle will be seized, he said.

The government has allowed veterinary clinics and shops selling cattle feed to remain open during the lockdown.

Of the 473 test results received till March 31 in the State, COVID19 positive cases are stable at three.

A total of 11,575 persons, including 4,304, who returned from abroad, have registered themselves on the government’s COVID 19 portal and helpline-104.