Covid-19: Trump says he is like a ‘wartime’ president 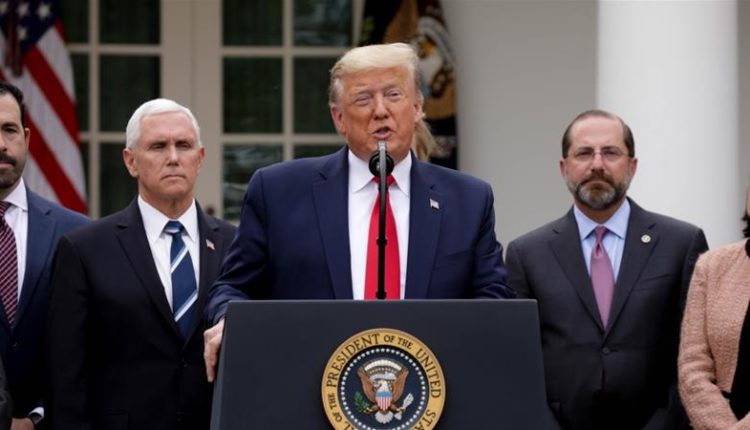 New York: Describing himself as a “wartime President”, Donald Trump announced he is invoking emergency powers that means private sector muscle can be used to respond to the coronavirus pandemic roiling the US.

Trump said he is invoking the Defense Production Act “in case we need it” as the country braces for a sharp spike in Covid-19 caseload.

“It’s a war. It’s a very tough situation,” he said, briefing reporters at the White House on Wednesday. In the US, the caseload has crossed 6,500 and 116 people have died from Covid-19. Cases of the virus spread have been confirmed in all 50 states.

Trump said he is sending a Navy hospital ship to New York City, which has the largest cluster of cases in the US.

The US government has also decided to “suspend foreclosures and evictions” in April as the threat of large scale unemployment looms over millions of Americans.

Earlier the same day, Trump and Canada Prime Minister Justin Trudeau announced closing the US-Canada border, except for the bare essential personnel and for trade.

Multiple developments unfolded as the combination of financial and medical urgency spirals and redefines life and work for Americans.

The Trump administration is pushing forward its economic relief plan which proposes direct cash payments to Americans within two weeks, pending Congress approval. Trump has not specified exactly who all are eligible and what the amount is although a $1,000 number is doing the rounds.

Deborah Birx, who is coordinating the White House coronavirus response, said the number of people diagnosed is likely to increase dramatically in the next few days as testing capacity ramps up.

Birx underlined a relatively new theme in what we know about the virus e its transmission from hard surfaces. “We’re still working out how much is by human to human transmission and how much from surfaces,” she said.

“Don’t expose yourself to surfaces outside the home,” she urged Americans.

Johns Hopkins University said more than 82,000 people have recovered from the virus worldwide.