Covid antibodies to last for 8 months after vax: AIIMS Dir 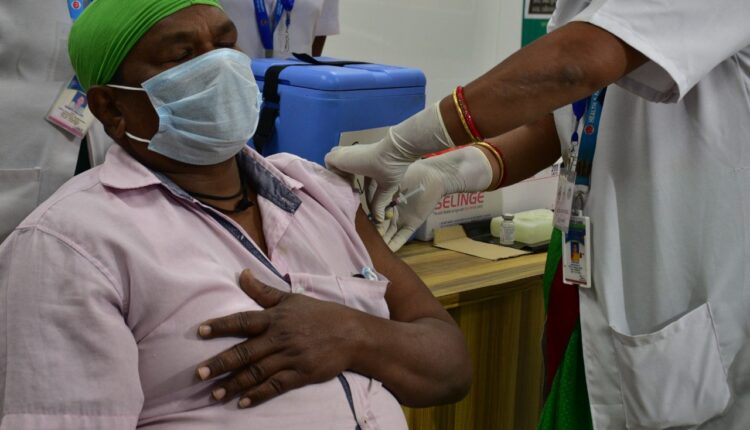 New Delhi: All India Institute of Medical Sciences (AIIMS) Director Randeep Guleria on Friday said that antibodies against the novel Coronavirus disease may last for up to eight months or longer pursuant to the vaccination, adding that scientists are aggressively studying the long-term protection provided by the vaccines.

Guleria, who is also a member of the National Task Force on Covid-19, answered a batch of questions related to the vaccines on Twitter earlier in the day. People tweeted to him using #VaccineVarta, following which he reverted to them.

“Antibodies will develop about 14 days after the second shot. It is not clear how long protection will last but it is believed that it will last for at least 8 months, or may be longer.

“Currently, scientists are aggressively studying long-term protection provided by vaccines,” the AIIMS Director said, on being asked how long the body will sustain the vaccines.

About 75,05,010 doses of ‘Covishield’ and ‘Covaxin’ have been administered in India since the drive began on January 16.

Guleria said that the population above 50 years of age will start getting the vaccination from March 2021 onwards. “This will also include population with comorbidities, between 20 years to 50 years,” he announced.

One of the citizens asked why veterinarians are not included in high-risk workers list, to which he said that it is because they are not treating patients with Covid-19.

“Depending on age and presence of comorbidities, linked to more severe diseases, one will get the vaccine,” he added.

On being asked by one netizen as to why the government is depriving their own citizens of vaccine by exporting to other countries, Guleria answered that since people travel and become a carrier of virus, everyone needs to be vaccinated globally to control the spread.

“Therefore, all countries need to get their share of vaccines,” he added.

As per the Union Health Ministry, India has become the fastest nation in terms of the vaccine doses administered in the country, even though many countries had launched their vaccination campaigns earlier than India. About 4,13,752 beneficiaries received Covid vaccine nationwide on Thursday.