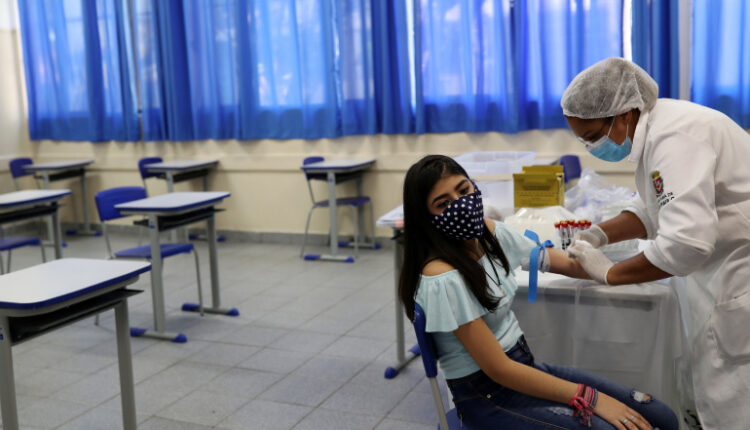 Bhubaneswar: Following the sudden surge in COVID-19 cases in Odisha capital, Bhubaneswar Municipal Corporation (BMC) is all geared up to ensure that the situation does not get out of control.

As per the BMC direction, RT-PCR test of hostel inmates of all educational institutions here began today. Hostel inmates of Trident Academy of Technology here underwent the test. Special squads have been formed in all zone for this purpose, said an official.

The move came after positive cases were reported from various educational institutions in the Twin City of Cuttack and Bhubaneswar and Rourkela. Reportedly,  over 30 students of Xavier Institute of Management, Bhubaneswar (XIMB)  have reportedly contracted the virus so far.

During his visit to the university campus here, he discussed with the Vice-Chancellor and hostel superintendents and  advised them to take all precautionary measures. Since Vice-President Venkaiah Naidu is scheduled to attend the university’s convocation on on April 3, the BMC Commissioner stressed on COVID-19 test of all others attendees, including guests, faculty members and students.

Later, he visited the railway station here and had a discussion with the manager. He asked the station manager to ensure thermal screening of all passengers coming from states like Maharashtra, Punjab, Gujarat, Madhya Pradesh, Kerala and Karnataka. Around 200 passengers will undergo antigen test at the railway station every day.

During his inspection at the airport here, the senior official said the number of surveillance teams will be increased at the airport.  He asked the authorities to ensure antigen test of passengers coming from the above said states. Passengers, who will show negative report of their recent RT-PCR test, will not undergo the test, the BMC Commissioner said yesterday.