COVID-19: Tension in Ganjam village over entry of Surat returnees 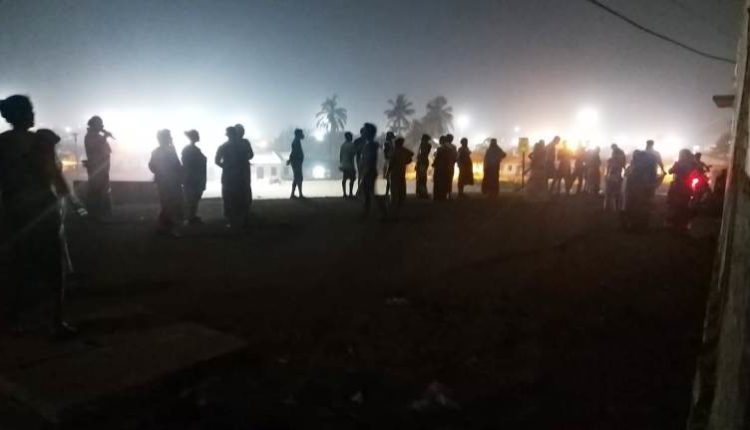 Berhampur: High tension prevailed  near a temporary medical camp (TMC) at Sana Aryapalli village under Chhatrapur block in Ganjam district late last night after locals restricted entry of a group of returnees from Surat inside the quarantine centre.

As per sources over 50 people, including 11 from Aryapalli village reached the TMC in a bus after returning from Surat in a train. Tension prevailed in the area soon after when over hundred locals rushed to the spot and opposed entry of the returnees into the TMC.

When police personnel resorted to a mild lathicharge to take control over the situation, the locals retaliated by throwing stones at them. The crowd was in no mood to allow the returnees inside the TMC.

“The number positive cases are increasing in Ganjam and most of them are Surat returnees. Since there is no strict vigil by security personnel at the TMC, the inmates are seen escaping from it most of the time. By this, they may infect other persons in the village. Hence, we opposed their entry into the TMC,” said a villager.

The matter was not resolved till last reports came in. A meeting to be chaired by Ganjam SP Brijesh Kumar Rai will be held to sort out the issue, sources added.

France to start “very gradual” easing of lockdown from May 11