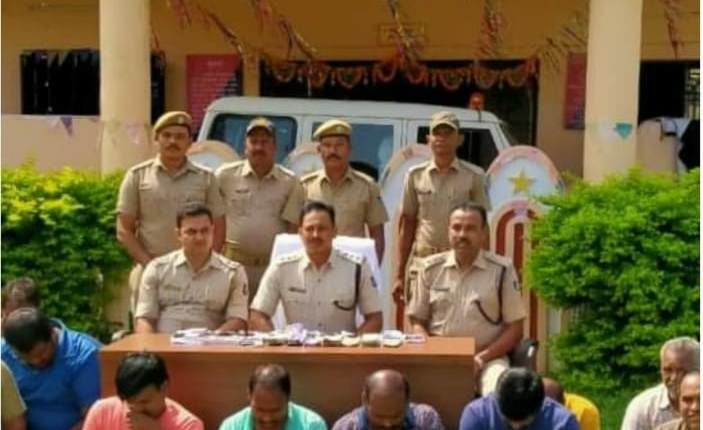 Gunupur: Odisha police busted a gambling den at Gunupur area in Rayagada district with arrest of a dozen of gamblers and seizure of over Rs 1 lakh.

The arrested persons will be produced before the court today, police said in a release.

Notably, illegal betting practice and gambling dens are on rise in several regions of Odisha during festive season. Several major crackdowns have been made by police to bust the racket in a few past days.