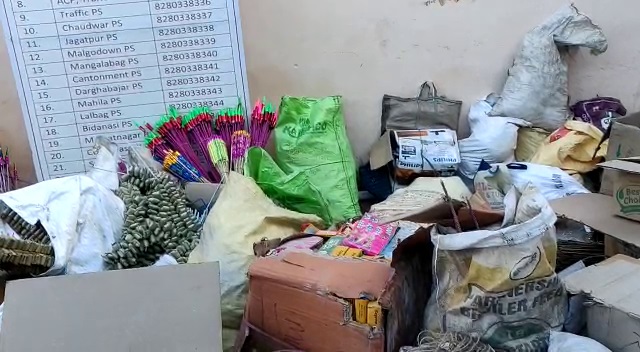 A team of 10 senior police officials along with four platoon forces raided the illegal cracker units operating at Trilochanpur and Mahajanpur areas under Jagatpur police limits late on Friday.

According to reports, police team conducted raids at these areas following information of fire crackers being prepared without valid license. They seized a huge cache of explosives and firecrackers worth over Rs 50 lakh during the raids. As many as 12 persons have been detained in this connection.

This is said to be a major crackdown on illegal firecracker units ahead of Diwali celebrations in Odisha.