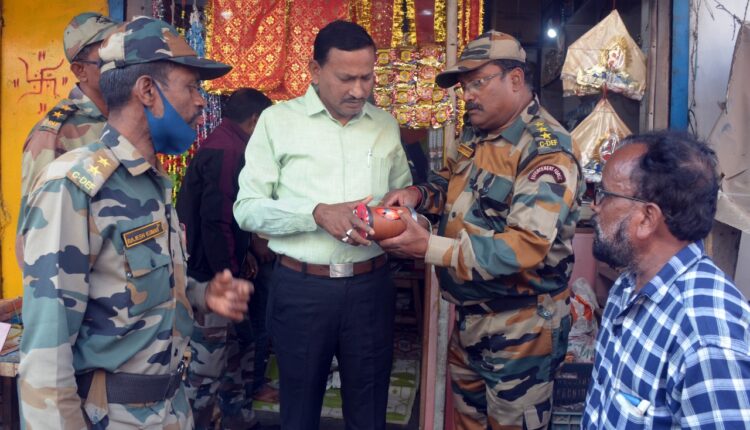 Cuttack: In a crackdown on Manza strings, the Enforcement team of Cuttack Municipal Corporation (CMC) along with the officials of Commissionerate Police today conducted surprise raid on several stalls selling kites and threads in Jhola Sahi and Nandi Sahi areas of the Silver City here.

The surprise raid comes a day after Odisha Police asked people not to use Manza (glass-coated) threads for kite flying as several people had earlier lost their lives after getting entangled with the killer string in the state.

CMC Deputy Commissioner Ajay Mohanty and other senior officials were present during the raid.

During the raid, one person was arrested for selling synthetic threads for kite flying. A fine of Rs 5,000 was also imposed on the person, said an official of the CMC.

“Use of Manza thread for kite flying may cause injuries and deaths to the commuters. Use of such thread will invite punishment to the kite flyers,” said the Odisha Police in a twitter post yesterday.

The district administration has also banned manufacture, sale, storage and use of nylon, synthetic and Manza thread in Cuttack. The ban has been imposed under Section 5 of the Environment Protection Act-1986. “Actions as per the law will be taken against anybody flouting this order,” said a notice issued by the Cuttack Collector Yesterday.

It is worth mentioning here that a 31-year-old man was killed after his throat was slit with a Manza thread on Cuttack-Chandbali State Highway near Jagatpur in Cuttack district in December 2021.

The incident took place when victim Jayant Samal was travelling on a motorcycle to reach Cuttack.

Seven years back, a six-year-old girl Swetalina Behera died after her throat was slit by a Manza thread while she was returning home along with her parents on a bike on National Highway-16 near Phulnakhara in Cuttack.

Similarly, a lawyer of Barang locality was killed after his throat was slit by the Manza thread in Purighat area of Cuttack in 2016.

This apart, several others sustained injuries after getting entangled in Manza thread in Odisha in last few years.