Craving for alcohol, 3 brothers die after drinking sanitiser in MP 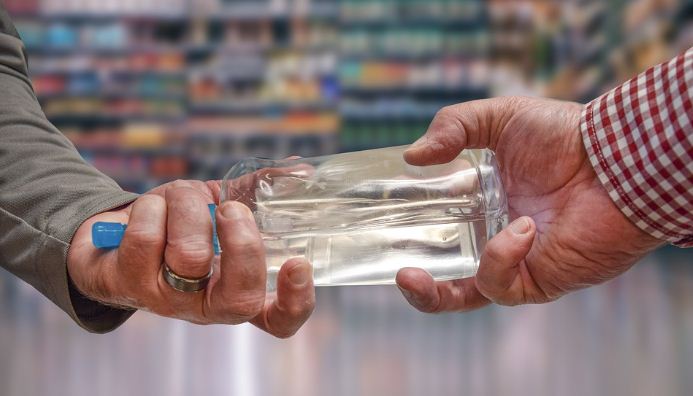 According to information received by the police, three brothers — Parvat Ahirwar (55), Ram Prasad Ahirwar (50) and Bhura Ahirwar (47) — were addicted to alcohol.

Ram Prasad, who used to paint homes for a living, lived in Jahangirabad, while the other two brothers used to work as labourers in the same locality.

According to the police, there was complete prohibition at liquor shops on Sunday owing to Covid restrictions and the three brothers could not arrange alcohol from anywhere.

On Monday, the brothers brought a five-litre can of sanitiser and tried to satiate their craving for alcohol. The sanitiser contained alcohol so they thought it would give them a high but they died after drinking it.

According to the police, Bhura and Parvat were found lying on the footpath. Bhura was rushed to the hospital where doctors declared him dead while Parvat died on the footpath. The body of the third brother Ram Prasad was found at a room in Jinsi area.

According to Additional Superintendent of Police Rajesh Bhadoria, a case of death involving three brothers has come to light and a five-litre sanitiser can recovered from them. Initial investigations indicate they had died after drinking a hand sanitiser. The police are investigating the case.

Earlier, three people had died in state capital Bhopal by consuming sanitiser. In the Govindpura police station area, a minor had imbibed sanitiser along with his sister-in-law and another relative. All three died in the incident.