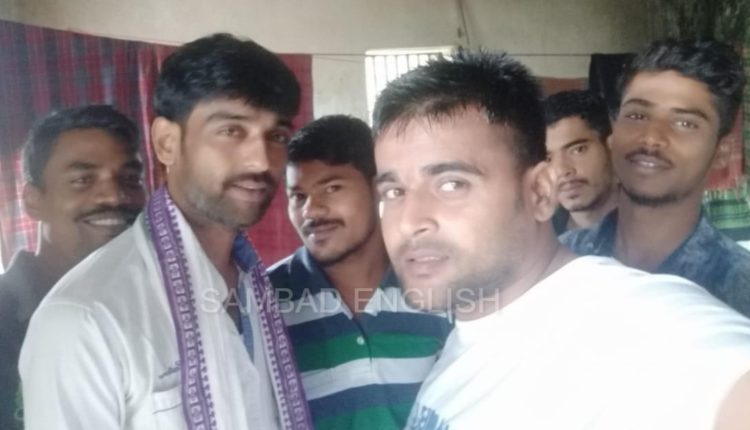 Bhubaneswar: At a time when the Commissionerate Police has swung into action to unfold the crime network of dreaded criminal Shakeel, the latter seems not to be perturbed by the police action.

Sources said the criminal, who is currently lodged at Choudwar Jail in Cuttack, is using smartphone to operate his criminal activities. Today, a few selfies of him with other inmates went viral on social media raising questions on the security system at the jail.

In reaction, Cuttack DCP Akhileswar Singh said the jail authorities have been asked to to keep a strict vigil on the activities of Shakeel. They can also take action against him, if required.

Odisha: 30 platoons of police to be deployed in Cuttack city…

The DCP further said that while two girlfriends of the hardcore criminal have already been arrested, his third female friend is under police scanner. However, there is no such evidence against her so far, he added.

Yesterday, the Dargha Bazaar police in Cuttack arrested Shakeel’s second girlfriend Resham, a resident of Kesharpur in Cuttack, on charges of extortion and later produced her before court. On January 1, the police had arrested Shakeel’s first girlfriend Nashreen for her alleged involvement in two extortion cases. She was nabbed when she was returning from Choudwar jail after visiting Shakeel.

Worth mentioning, Shakeel had demanded Rs 10 lakh from Yogesh Agarwal, owner of Anand Sports, as extortion money through video call. He also threatened the latter to kill him if does not give the money. The businessman later lodged a complaint at Dargha Bazaar police station, following which the cops arrested five persons, including Shakeel’s  aide Tiger.

During interrogation, it was revealed that Nashreen used to meet Shakeel in the jail and both make blueprint for their criminal activities. Later, she shares the plot with other members of the gang to execute the crime and also supplies guns to them.