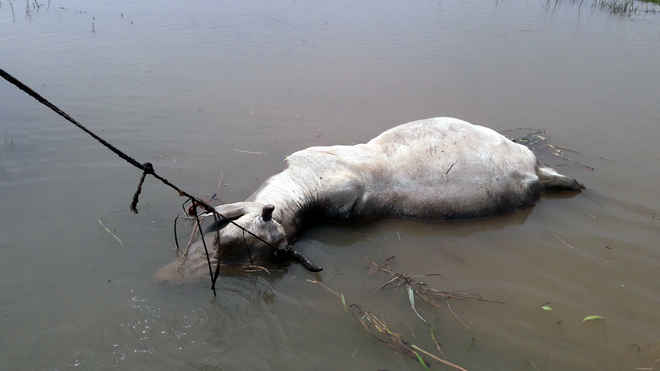 Bhadrak: The residents of a village in Odisha’s Bhadrak district are a panicked lot as a crocodile lurched out of a river and preyed on a cow, while the people present there looked on helplessly in the wee hours today.

According to reports, the incident occurred on the banks of Baitarani river near Muan village under Aradi panchayat in the district while the bovine was approaching the water source to quench thirst.

Following the incident, some people, including the owner of the cow identified as Gananath Mallick, launched a rescue operation in three boats but in vain.

After a three-hour long search operation, body of the animal was recovered four kms from the village floating in the river.

Post-mortem on the mammal was conducted after RI and veterinary officer conducted a preliminary investigation.

House of widow burnt down by angry residents