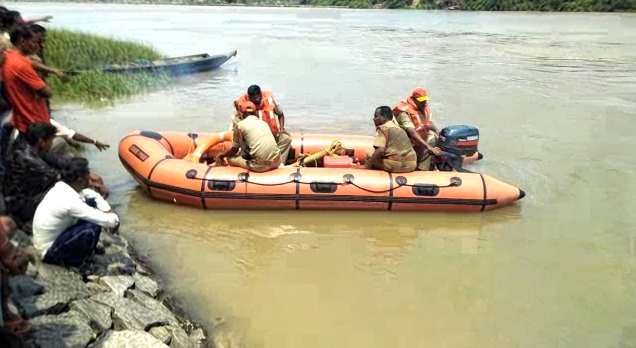 Kendrapara: A 14-year-old boy was dragged into Hansua river in Rajnagar area of Odisha’s Kendrapara district today while he was bathing in the water body.

According to reports, Srikant Sethi of Diapari village under Rajnagar police limits in the district was taking bath in the river while the reptile dragged him into deep water.

Locals present near the river spotted the incident and tried to rescue him but in vain. On being informed, Fire personnel reached the spot and launched a rescue operation. Till last reports came in, the boy was yet to be traced.

Cabinet nod for death penalty for raping children below 12