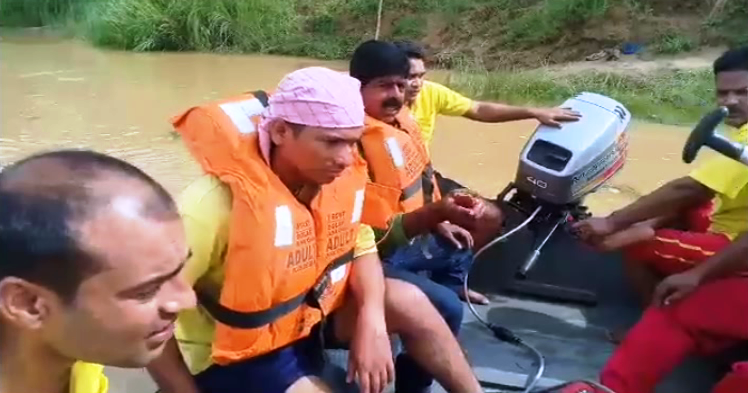 However, a search operation is underway to trace the youth identified as Chandan Dey of Nilakanthapur village.

On receiving information, a firefighting team along with ODRAF officials reached the spot and launched a search operation. However, the search drive was halted due to bad weather and extreme darkness, sources said.

Today morning,  the officials have again resumed the search operation in the water body, sources added.