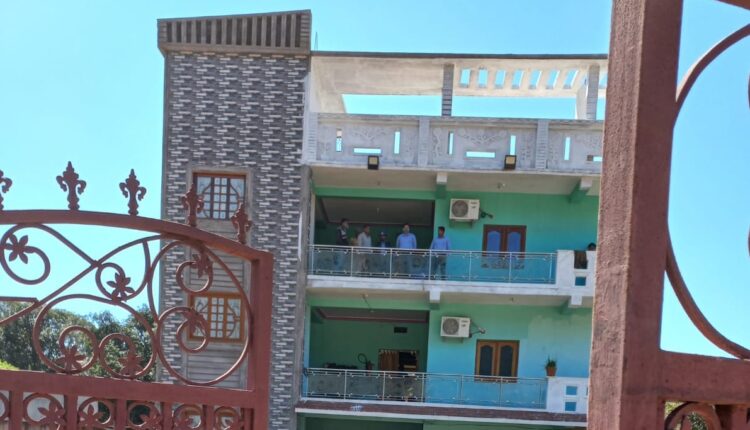 Rayagada: Vigilance sleuths today raided the houses of a primary school teacher engaged in the office of Rayagada Block Education Officer (BEO) on the allegation of amassing disproportionate assets and detected assets worth over Rs 4.7 crore in his possession.

During the search drive, officials of the anti-corruption wing detected movable and immovable assets amounting to Rs 4,73,87,475.

Hard cash of Rs 2.88 lakh, 408 gram gold worth over Rs 12 lakh, ୨୨୯ gram silver, bank deposits of Rs 22.34 lakh and two four-wheelers were found during the raids. Besides, immovable assets that have been found in his possession include two triple-storeyed buildings, three two-storeyed buildings, 35 asbestos houses and a house given on rent for wine shop (all located at Nuapada Chhak near Utkal Alumina Guest House in Doraguda police station area).

However, the exact amount of disproportionate assets that the Government teacher has possessed will be ascertained after completion of the raid, said an official.