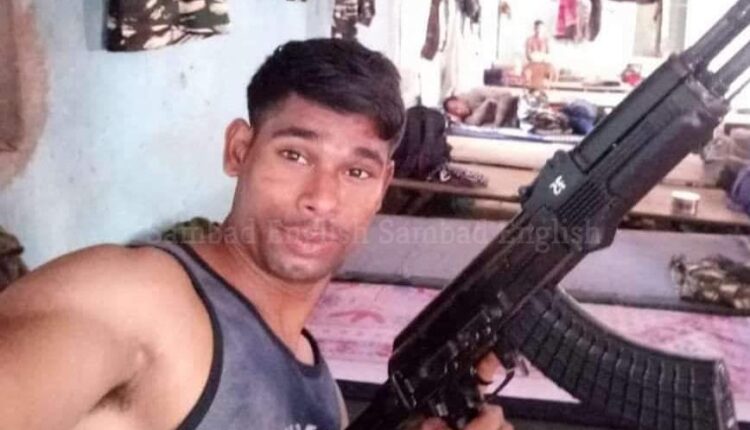 As per reports, Kamalakanta shot himself with his service Insas rifle at the CRPF camp late last night. Hearing the gun shot, Kamalakanta’s colleagues reached the spot and found him lying in a pool of blood. He was rushed to the hospital where he was declared brought dead.
Reports said no suicide note was found at the spot.

A special helicopter carrying mortal remains of the CRPF jawan reached the Veer Surendra Sai Airport in Jharsuguda reached today. Later the jawan’s body was taken to his home town. After Kamalakanta’s family members and relatives paid last respect to him, the body was taken to a ghat of Ib river.

Kamalakanta’s mortal remains were consigned to flame at the Ib river ghat after the CRPF jawans, who accompanied his body, gave the Guard of Honour.