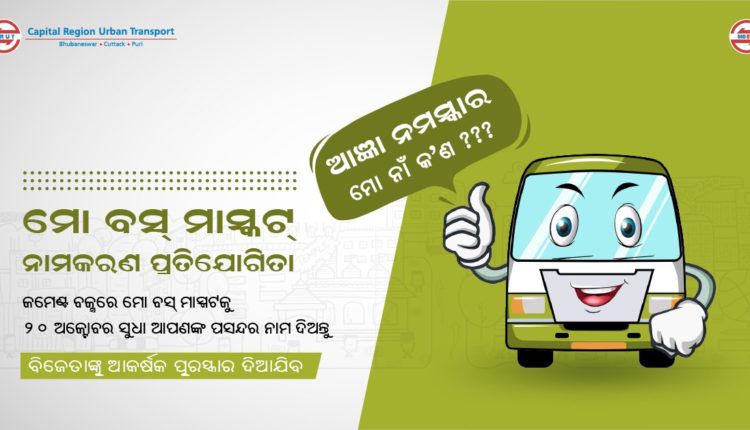 CRUT today, has uploaded a poster on its official Twitter handle inviting suggestions for naming the Mo Bus mascot through a contest. People may suggest names for the mascot on comment box and the best name will be picked from them.

“We have been using the animated bus character in all our social media posts and people have liked and accepted it dearly. So, we thought why not re-introduce it as the official identity of Mo Bus,” said Dipti Mahapatra, GM (P&A).

CRUT is currently working for ‘ Mo Bus Mo Laksh’, an internal programme with an objective to reach one lakh riders per day, by November 6 this year.

“After Cyclone Fani, our ridership had declined upto 60,000-65,000. However, we have gained the numbers in the last three months and we are positive about achieving one lakh ridership by the end of this week,” Mahapatra informed.

“Once we achieve that, we will re-introduce the Mo Bus mascot with a name suggested by people, on the one-year celebration of Mo Bus. We will also give away prize to the winner of the contestant on that eve,” she added.

As Mo Bus is a service for the people, the officials said that they figured it would be fitting to let the people decide an ideal name for the mascot.