CT 2017 Preview: Pakistan vs Sri Lanka in Group B quarter-final 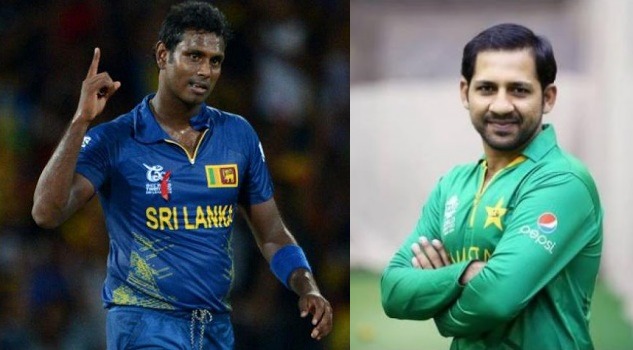 It will be a do-or-die affair for both Pakistan and Sri Lanka when they lock horns in a Group B Champions Trophy tie at the Sophia Gardens here on Monday.

Both the unfancied teams are on two points each after identical records of one win and a loss from their previous group matches.

Pakistan started their campaign on a disastrous note with a 124-run thrashing at the hands of arch-rivals India before punching above their weight to beat South Africa by 19 runs via the Duckworth-Lewis Method.

Sri Lanka also started off with a loss — against South Africa — but stunned India by seven wickets at The Oval in London to throw the group open.

However, both Pakistan and Sri Lanka will be wary of the rain that has disrupted most matches in this tournament.

If Monday’s must win clash between the two sub-continent teams yields no result due to rain, then India and South Africa are likely to go through to the semi-finals.

Pakistan were granted a favour by the rain gods against the Proteas who had been restricted to a pedestrian 219/8 in 50 overs.

They managed 119/3 in 27 overs when the skies opened up and no further play was possible, prompting the officials to award the match to Pakistan.

Sri Lanka, on the other hand, exceeded all expectations against India when they gunned down a formidable 322-run target, their joint-highest run chase in One-Day Internationals (ODI).

Danushka Gunathilaka (76), Kusal Mendis (89) and skipper Angelo Mathews (52 not out) shone with the bat to keep the hopes of the 1996 World Cup winners alive.

On Monday, the Sri Lankans will go into the tie knowing that their batting depth is not just on paper but in real too.

The likes of Dinesh Chandimal, Thisara Perera and other good batsmen and did not have to bat against India and will be raring to get some runs under their belt ahead of the knockout stage.

Pakistan have depth in bowling even without Wahab Riaz who injured himself against India.

Fast bowler Junaid Khan replaced him, seamlessly returning figures of 2/53 against South Africa. Besides, young pacer Hasan Ali has been in top form along with the ever dangerous Mohammad Amir.

Imad Wasim is an all-rounder Pakistan would hope to deliver and the experience of Shoaib Malik, Mohammad Hafeez and Azhar Ali would also be key.

Pakistan’s batting chinks is a cause of worry.

All in all, Sri Lanka have the slight upper hand on Monday going by their form and confidence after that superb win against India. But on the given day Pakistan have the firepower to defeat their rivals. (IANS)