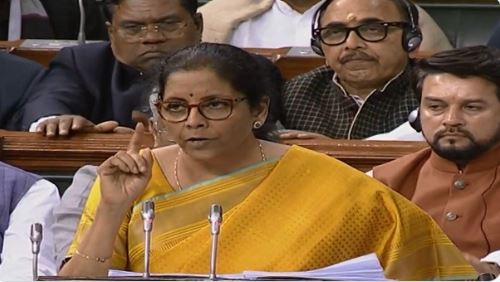 New Delhi: Union Finance Minister Nirmala Sitharaman announced Rs 3,150 crore for the Culture Ministry this year, a Rs 108 crore rise from the previous budget. The ministry was allocated increased to Rs 3,042.35 crore for 2019-2020.

The Finance Minister also said that the Modi government will set up an Indian Institute of Heritage and Conservation under the Ministry of Culture soon, which will be get a deemed university status.

Speaking about the project, Sitharaman said: “Acquisition of knowledge in disciplines like archaeology, museology is essential for collecting scientific evidence and then dissemination through museums is necessary.” The university will be established on lines of the Indian Institute of Technologies (IIT).

Another key announcement made by the Finance Minister that is being seen as a cultural push by the government, was the decision to promote five ASI protects in Rakhigarhi (Haryana), Hastinapur (Uttar Pradesh), Sivasagar (Assam), Dholavira (Gujarat) and Adichanallur (Tamil Nadu).

The announcement drew criticism from the opposition bench as all the four states are BJP governed apart from Tamil Nadu which is governed by the AIADMK, an NDA ally.