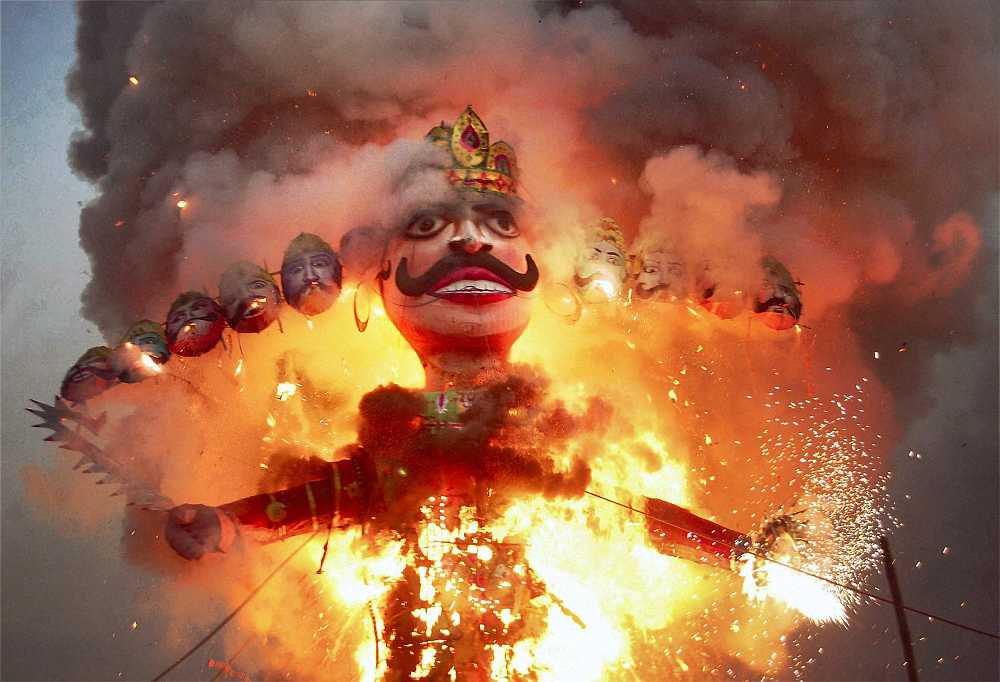 After the incessant rains, the restrictions laid by Commissionerate police is likely to dampen the festive spirits as it has denied permission to several puja pandals — barring a few— for firework display during ‘Ravan Podi’ scheduled on Tuesday in Odisha capital.

“There was a major fire tragedy at a temple in Kerala in April this year in which over 100 people were killed and 500 injured. There have been directives from Supreme Court and Centre on firework restrictions which states ought to follow,” Twin City Commissioner YB Khurania said.

According to sources, police have allowed fireworks at Jharpada and Baramunda puja mandaps during Ravan Podi celebrations. However, it has given a go ahead to other pandals for Ravan Podi sans pyrotechnics.

The decision in this regard has been communicated to all the pandals in the city, police sources said.

Last year, the capital city of Bhubaneswar had celebrated Ravan Podi at 31 places. The event, that marks the end of the nine-day long Dussehra celebrations, is celebrated by setting aflame giant effigies of Demon King Ravan that are essentially packed with fire-crackers. Beyond the religious significance, the event is a huge attraction across all sections of visitors because of the attractive light and fire show.

The restrictions may prove a let down for the people who throng various places to witness fireworks.

It may be recalled that over 100 people were killed and 500 others injured in a fire mishap at Puttingal Devi temple of Paravur in Kollam district of Kerala earlier this year.

Locals clash with cops in Odisha capital over hefty traffic…