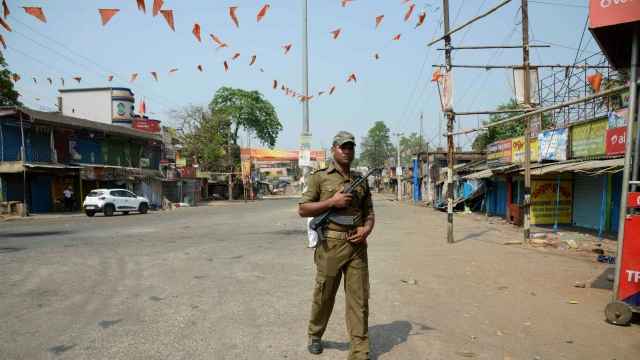 With gradual improvement in situation in violence-hit Bhadrak town in Odisha, the district administration today relaxed curfew for six hours– initially from 8 am to 12 noon and later extended till 2 pm.

The curfew was then reimposed from 2 pm to 7 am tomorrow.

Though all educational institutions in the town will remain closed today, the administration has allowed banks and Aahar centres to remain open during the curfew relaxation period.

Meanwhile, a shop at Banta Chhak here was set on fire by unidentified miscreants this morning.

On being informed, Fire personnel reached the spot and doused the flames.

Following the incident, curfew was immediately reimposed at Banta Chhak and its adjoining roads.

Police have arrested a person in this connection, sources said.

Security has been kept intact in the town as 35 platoons of Odisha Police, two companies of Central Reserve Police Force (CRPF) and two companies of Rapid Action Force (RAF) are deployed here.

“The Bhadrak town has been divided into five different sectors among officials to fix accountability. Three-layer of forces have been deployed in each sector,” said Home Secretary Asit Tripathy.

“We have ensured availability of essential commodities in the town. Eatables will be brought from other areas and made available during relaxation of curfew. It has also been ensured to check rise of prices of those items,” he said

Notably, curfew was also relaxed in the town yesterday from 8 am till 12 noon.

It may be recalled here that violence had erupted in Bhadrak town following posting of objectionable and offensive remarks on Lord Ram and Goddess Sita on Facebook.