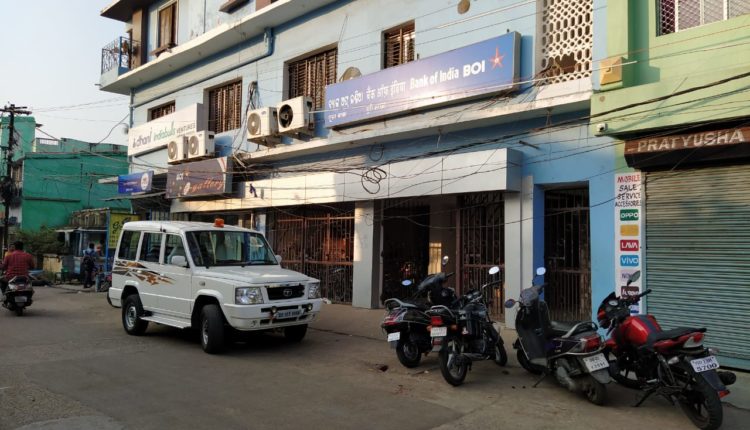 Puri: In an unfortunate incident, a person sustained critical bullet injuries inside a bank at Old Sadar police station lane in Odisha’s Puri town today as a gun accidentally fell from a security guard’s hand and went off.

The victim, identified as Manan Khan, was initially rushed to the Puri District Headquarters Hospital and later shifted to the SCB Medical College and Hospital in Cuttack as his condition deteriorated.

The incident took place at Bank of India’s Puri branch. The Kumbharpada police, on being informed, reached the spot and started investigation.