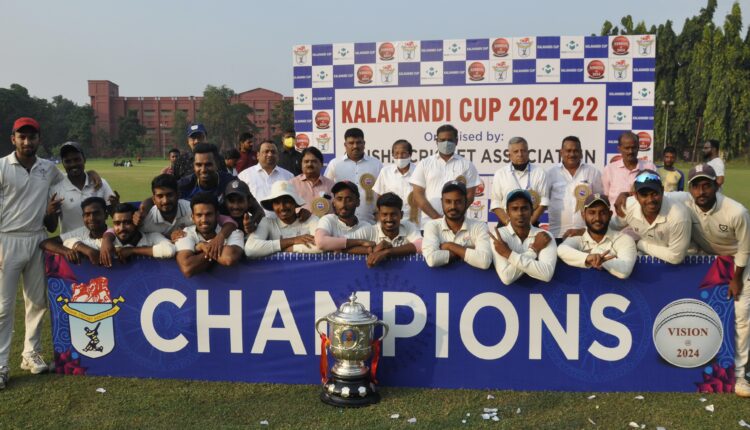 Cuttack: Cuttack A won the 2021-22 Kalahandi Cup after beating East Coast Railways (EC0RSA) by 82 runs at the Ravenshaw University ground here on Wednesday.

Winning the toss, Cuttack A elected to field first in the two-day match. Ankit Yadav scored 94 from 149 deliveries but ECorSA were bundled out for 174 in 58.1 overs. Shubham Nayak and Jamala B.Mohapatra each picked up three wickets while Siddharth Sinha scalped two for Cuttack A.

Chasing the score, stalwart Biplab Samantray scored an unbeaten 109 off 132 deliveries as Cuttack A finished the match at 256/6 in 70 overs, registering an 82-run victory.