ODISHA LATESTSPORTS
By Biswajeet On May 22, 2017 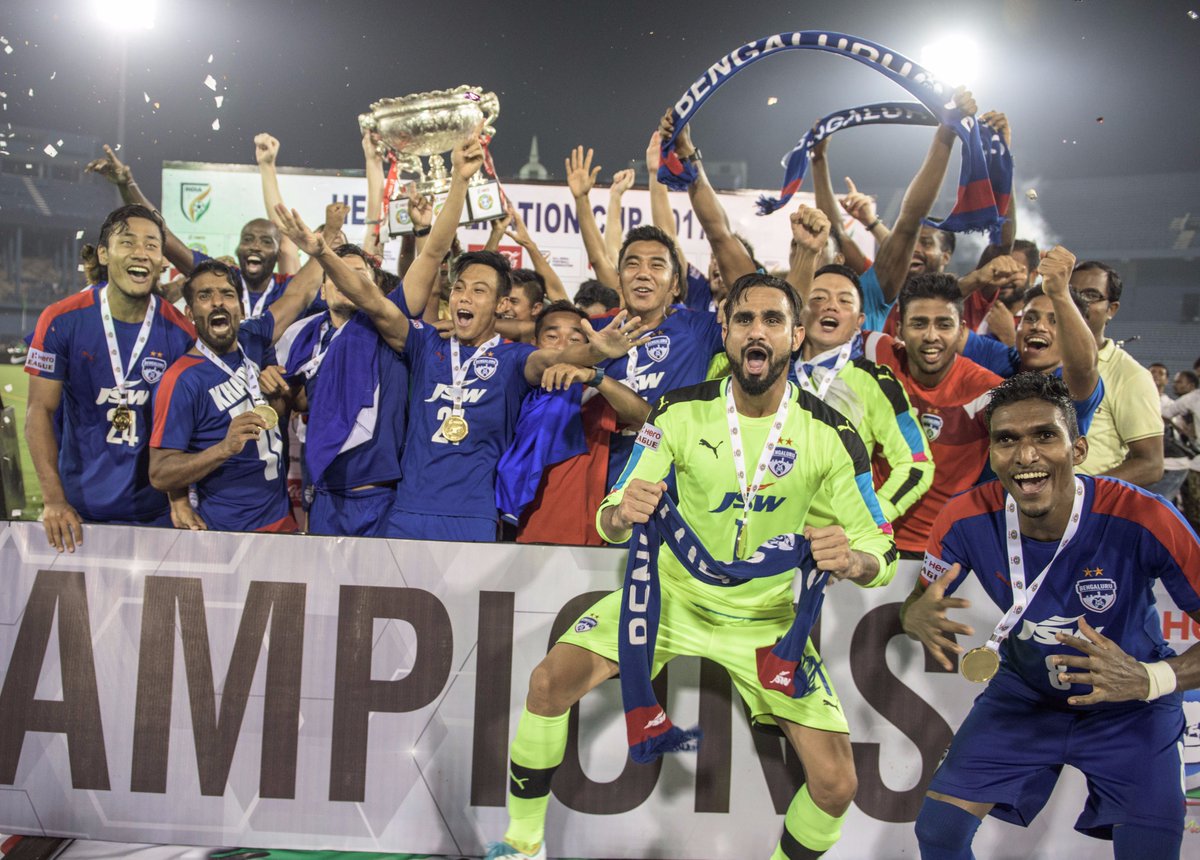 A brace from C.K. Vineeth in the second period of extra time saw Bengaluru FC beat Mohun Bagan 2-0 to be crowned the Federation Cup champions at the Barabati Stadium here on Sunday.

After both sides played out a 0-0 draw in regulation time, it took two strikes from substitute Vineeth to settle the tie. His first, came after the striker took two touches in the box before firing it low and with the help of a deflection, past Debjit Majumder in the Mohun Bagan goal in the 107th minute.

The second, on the counter, saw the striker feint twice before a shot that had too much on it for Debjit to handle as it was parried into the net in the 118th minute.

The win was a salvation for Bengaluru, who finished an underwhelming fourth in the I-League. The loss meant that Bagan ended the season without a trophy. Having finished second to Aizawl in the I-League, Bagan were playing their record 20th final in the Fed Cup.

Bengaluru thought they had their lead in the 19th minute when Udanta Singh volleyed home Eugueneson Lyngdoh’s take in stunning fashion only for the assistant referee to disallow the goal after Len Doungel, who got a start, in an off-side position, seemed to have got a bit of leg on the ball on its way in.

There was a second big chance only two minutes later when Udanta tried to cheekily flick in Lenny’s low cross but Debjit Majumder got enough of a hand to push it out for a corner.

Sandesh Jhingan made a goalline clearance from a Yusa Katsumi shot in the 31st minute in what would be Mohun Bagan’s only real chance in the first period.

While Bengaluru had nothing to complain about Udanta’s disallowed goal in the first half, they were justified in feeling robbed when Juanan Gonzalez’s legitimate prod from close in the 49th minute was wrongly flagged off side.

John Johnson headed a free kick from Udanta across the face of the goal and the Blues’ Spanish defender was well on side as he put the ball at the back of the net only for Bengaluru celebrations to be cut short by a flag that should have stayed down.

Things soon got frenetic at both ends. Amrinder Singh pulled off a blinder of a save, getting his fingertips on a goal-bound rasping strike from Balwant Singh.

Bengaluru soon answered with a counter. Set up by Harmanjot Khabra, Udanta spotted Majumder charging off his line and lobbed to ‘keeper only to see the ball bounce wide.

But the young winger, who was having a fantastic night, ended up pulling a muscle in the bargain, forcing Roca to bring on Vineeth.

Bagan then had a flurry of corners in added time of the second half but the Bengaluru defence did enough to see the danger away and take the game to extra time.