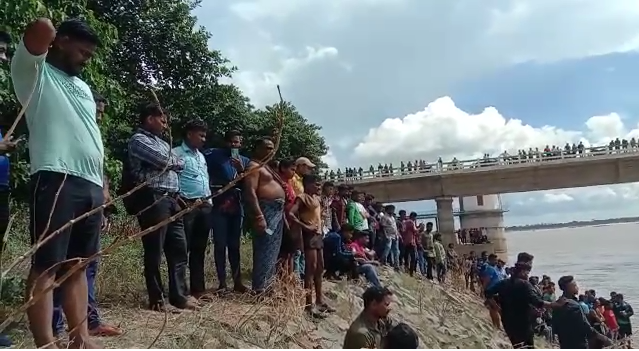 Cuttack: Body of a minor boy, who had gone missing in Kuakhai river at Pratap Nagari under Cuttack Sadar police limits yesterday, was recovered from the waterbody, this morning.

The deceased was identified as Ritu Ranjan Madhi of Patia area in Bhubaneswar.

According to reports, five friends, all minor boys, had yesterday gone to Pratap Nagari to celebrate Ganesh Puja organised at their friend’s house. In the afternoon, they went to the river to take bath.

While bathing, three of them were swept away in the river. Though locals managed to rescue one of the victims, two others went missing.

On being informed, Fire Services personnel reached the spot and launched a search operation to rescue the two boys.

The body of one Ashutosh Pal of Shikhar Chandi locality in Bhubaneswar was retrieved from the river while the search operation was halted after evening.

The body of Ritu Ranjan Madhi was recovered from the river after resumption of the operation, today.