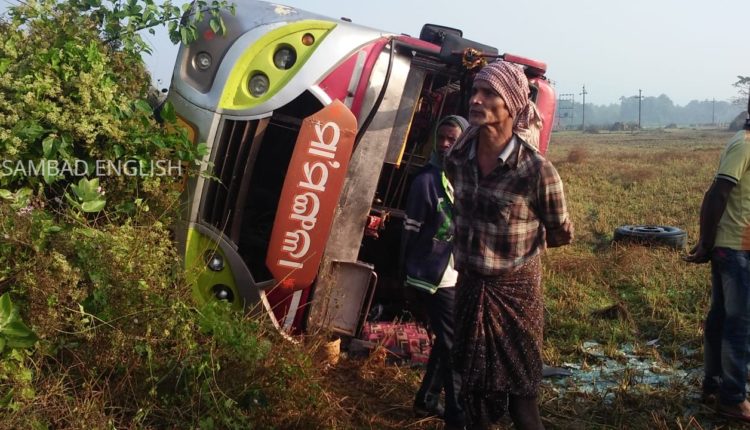 Jajpur: As many as seven persons sustained critical injuries after the bus in which they were travelling overturned near Bandhadiha under Dharmasala police limits in Odisha’s Jajpur district, today.

According to reports, the ill-fated vehicle was carrying around 25 passengers from Golakunda in the district to Cuttack. The helper of the bus, who was driving the vehicle, lost control over the wheels following which it turned turtle leaving seven passengers grieviously injured.

Locals rescued the victims who were later taken to the Dharmasala Community Health Centre in 108-ambulance for treatment.