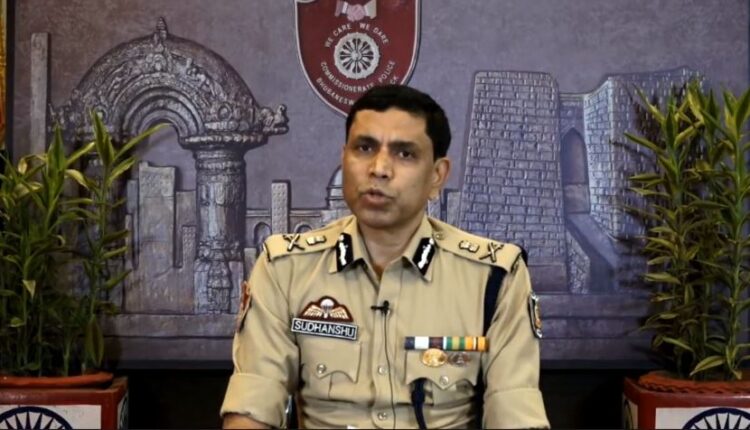 Cuttack: So far, 10 persons have been arrested in connection with the loot of gold and cash from India Infoline Finance Ltd (IIFL) at Nayasarak here and the number of arrests may increase further in coming days, said Police Commissioner Sudhanshu Sarangi after reviewing the investigation of the case here today.

Speaking to mediapersons here, the CP said there had been fraudulences in the finance company since 2016 and several people are involved in the case. Hence, more arrests will be made as the investigation proceeds. The investigation is underway in full swing by a team of police officers under the supervision of Cuttack DCP  Prateek Singh. So far, around 10 kg gold have been recovered,“ he added.

“We are in touch with officials of the company’s headquarters in Mumbai. They are helping us with data on the company’s operating procedure, including the process of audit and loan to customers. So many more things will come out,” Sarangi said.

He further informed, “Prime accused Lala has stolen gold from the IIFL’s here and kept the same at different places and in the names of different persons also. Investigation is on to ascertain the exact amount of gold stolen by Lala. Stolen gold weighing 6.7 kg  have been recovered from Manappuram Finance’s two branches at Bajrakbati and Choudhary Bazar in Cuttack. ”

Late on Friday, the Commissionerate Police arrested two jewellery shop owners for their alleged involvement in the case.  The two accused are Saroj Prusty (45), owner of of Renuka Jewellers in Mangalabag and Lalit Soni (25), a resident of Alamchand Bazar  and the owner of Jasoda Jewellers at Purighat. The two are associates of Lala Amrut Sagar Ray, a staff of the IIFL and the mastermind of the loot.

Both the jewellery shop owners were later produced before court yesterday.