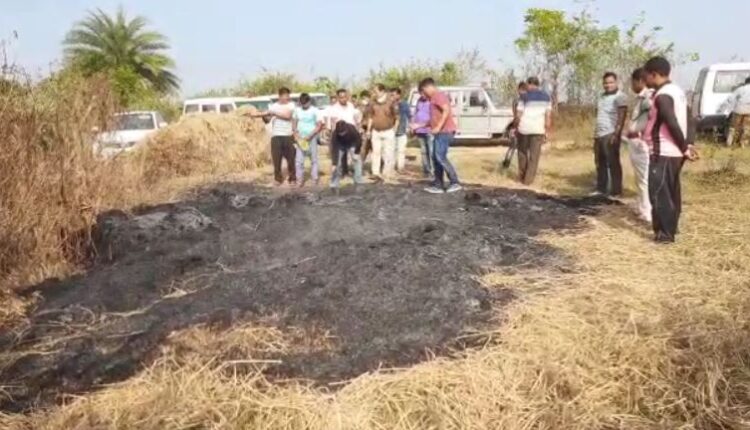 Nayagarh: In a significant development in the alleged murder of web channel journalist Sailendranath Jena in Nayagarh district over extramarital affair, prime accused Gopinath Sahoo alias Dipu and his father today surrendered before the police.

The accused duo surrendered at the Mahipur police outpost. The two had earlier absconded to evade arrest.

Sailendranath Jena (40), a native of Patkura in Kendrapara district, was residing in Sati Chaura locality of Cuttack city and working as a journalist with a web channel. He was also a social worker.

A year ago, he had developed an affair with Sunita Sahoo, wife of his friend Gopinath Sahoo, while they were staying in Jhanjirimangala area of Cuttack. A dispute emerged between the two friends over the matter.

Gopinath, a Dahibara Aloodum vendor, had then returned to his village in Nayagarh along with his wife and three sons.

Jena allegedly went to Gopinath’s village multiple times during the last few months to meet the latter’s wife, for which the dispute intensified.

On December 3, Jena again went to Mahipur on a motorcycle with his friend Jayaprakash Sahoo, who dropped him at Gopinath’s house and waited for him near Mahipur Government Hospital.

As Jena didn’t return till late night, Jayaprakash left the place and headed towards Cuttack on the two-wheeler and apprised the family members of Jena about the incident.

Next day, Jena’s kin lodged a missing complaint with the Lalbag police.

Revealing about the murder of Jena, a police official said, “Gopinath, his wife Sunita and his friend Suriya Sahoo killed Jena. Later, Gopinath, his father and Suriya set the body on fire and threw the half-burnt body into a pond located 2 km away from Mahipur to eliminate evidence.”