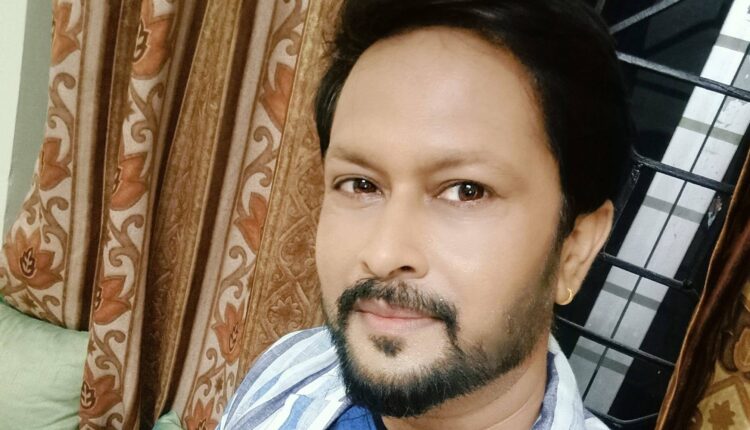 Born and bred in Cuttack, actor and social worker Sritam Das has a lot of plans for his beloved city. In a long conversation, he talked about his ambitions and a seemingly uphill task of going against two veterans of politics.

What are the issues that you will take up if elected as Mayor?

Since 2013, people of Cuttack have been plagued by the JICA menace. What looked like a very straightforward project has dragged on for nearly a decade with no signs of completion. My immediate priority is to sort that out as soon as possible.

If you remember, recently the city faced a dengue and malaria scare as well. In order to stop the spread of those diseases I would bring about large scale clean-up drives in the affected localities. A well sanitized city is a healthy city.

I would also like to introduce underground cabling in the city. If you take a stroll across Cuttack, you will see electric wires from polls tied up in a mess. During monsoon and cyclone seasons, they pose a great threat to citizens. With the frequency with which cyclones are bombarding Odisha, some localities face blackouts for days due to these wires not being able to withstand the winds. So underground cabling is absolutely essential to prevent that.

Cuttack also needs a major beautification drive, particularly in the Barabati Fort area. The moat needs to be cleaned up, proper parks need to be set up across the area so that people can enjoy their evenings blissfully.

Last but not the least I have plans to set up composite offices in every ward that will feature medical facilities, clean urinals for both men and women, and other amenities for the convenience of our citizens.

You are up against two highly experienced politicians in Subhash Singh and Giribala Behera. How do you see your chances against them?

The best thing about Cuttack is the fact that it is very unpredictable when it comes to elections. It is not loyal to any particular party or politician.

Every election, people of this city put their trust in those candidates who they think have the passion and determination to strive for Cuttack. It is an intrinsic nature of this city and I do not see it changing any time soon.

A large majority of the city is not aware of your background in social work. What made you veer from a successful acting career to enter active politics?

I will take you back to 2013 when I got associated with the Bharatiya Janata Party. When talks of Narendra Modi becoming the next prime minister of India surfaced, I got inspired as I had always seen him as someone who has devoted his life to the welfare of his people.

Back then everyone in the entertainment industry was jumping on the BJD bandwagon. I was probably the only one who put his trust in BJP.

I did not have any ambitions for holding political office. I just wanted to help people. I joined the BJP officially in 2014 and since then, as a star campaigner for the party, have completed multiple tours of Odisha and have experienced the plight of people first-hand.

I have been a member of the BJP’s state executive body for nearly eight years. So I am neither a stranger to the rigours of politics nor am I ignorant of the problems that people are facing.

What sets you apart from the other candidates?

I am a born and brought up ‘Cuttackia’. I still live in my humble abode in Ramgarh. I completed my schooling in Raghunath Jew School after a brief stint in Baripada where my father, a retired Water Department employee, was transferred for a while.

After completing my graduation in Christ College, I did my PG in Philosophy at Utkal University. I even acquired a law degree by enrolling at MS Law College before doing a diploma in human rights.

During my academic career, I was always involved with extra-curricular activities. I always took part in cultural events and had also attended the RDC camp as an NCC cadet. As a cadet I even attended a basic leadership camp in Assam.

In 2001, my associates and I created an organization called ‘Swapna’ that has been engaged in good social work in Odisha for more than 20 years. As a part of that group I had even travelled to the interiors of Rayagada and Malkangiri when Maoist threat was at an all time high to help people suffering from HIV/AIDS, poor sanitation and other issues.

So social service is something deeply close to my heart and I am sure people of Cuttack will vote for a true ‘Cuttackia’ in the upcoming elections.