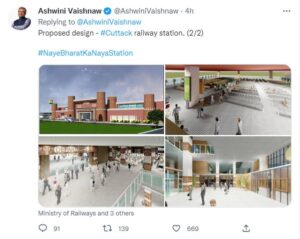 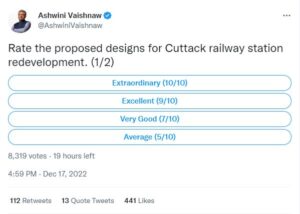 Notably, the proposed architectural designs of entrance gate and building reflect the typical aesthetics of Odisha’s rich cultural heritage. The entrance appears like a replica of Barabati fort in the design.

About 1,287 kilometres (800 mi) of the East Coast State Railway was built and opened to traffic during the period from 1893 to 1896. It necessitated then to construct some of the largest bridges across rivers like Brahmani, Kathajodi, Kuakhai, Mahanadi and Birupa.

Cuttack station was connected to the network of Indian Railways in 1899. The station operates under Khurda Road division of East Coast Railway (ECoR) and is among the top hundred booking stations.