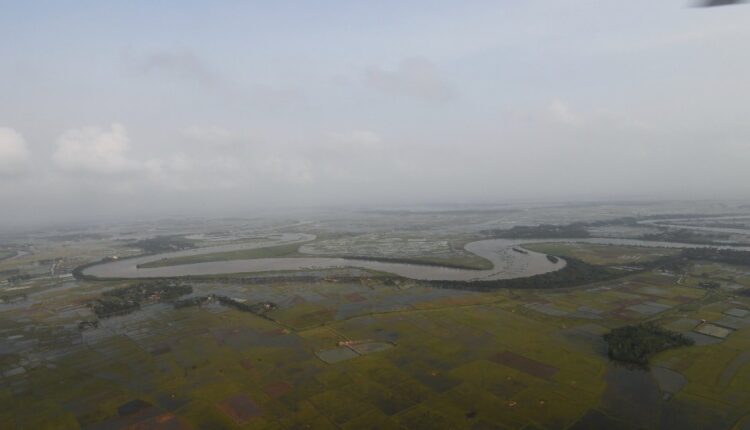 Bhubaneswar: About 1 lakh hectare crops have been damaged in Odisha due to impact of Super Cyclone AMPHAN, revealed a preliminary report on damage assessment today.

The crops were damaged due to strong winds and heavy downpour triggered by severe cyclonic storm AMPHAN along Odisha coast on May 20.

However, the assessment is underway by the concerned collectors in their respective districts. It is expected to be completed by May 26.

The cyclone has affected total 44,44,896 population in 10 districts — Balasore, Bhadrak, Kendrapara, Jagatsinghpur, Cuttack, Jajpur, Khordha, Puri, Keonjhar and Mayurbhanj — in Odisha. AMPHAN pronounced as UM-PUN triggered heavy rainfall and gusty winds in 10 districts while crossing along Odisha coast  before making a landfall in West Bengal coast close to Sunderban on May 20 . Of 10 districts, four districts — Balasore, Bhadrak, Kendrapara and Jagatsinghpur — have been affected more severely.

As many as 28 large animals, 9 small animals and 3680 poultry birds have been perished due to squall winds and heavy rainfall in the above mentioned districts. However, the State reported zero casualty of human so far.

Besides agriculture and human habitats, almost all the sectors in Odisha have been affected by the Nature’s fury on May 20.

As per preliminary damage assessment of power infrastructure, 34 km of 33 KV lines, 453 km of 11 KV lines, 680 km of LT lines and 2439 number of Distribution Transformers have been damaged. However, 85 % of the affected consumers have got back power and restoration is in full swing. The complete restoration is expected by today in all the affected areas.

19 NDRF teams, 12 ODRAF teams, 156 Fire Service teams and 2 teams of OFDC have been deployed in the affected districts for clearance of supply lines.