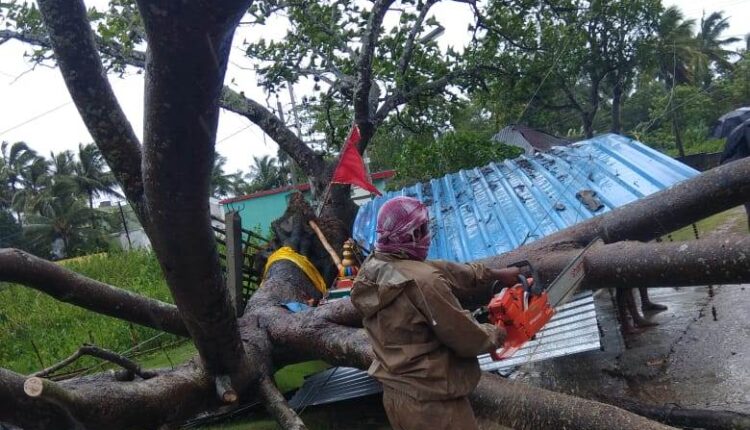 Bhubaneswar: Odisha government on Friday sought a Rs 20,000-crore package for creation of disaster-resilient infrastructure in the state, which is frequently ravaged by natural calamities like cyclones and floods.

Chief Secretary Asit Kumar Tripathy placed the demand for the package and talked about other requirements before the Inter-Ministerial Central Team that undertook spot assessment of the damages caused by cyclone Amphan, which had struck the Odisha coast on May 20, affecting around 44 lakh people in four districts.

“Due to the geo-climatic location of Odisha and climate change impacts, cyclones are going to be a regular feature in summer, monsoon and post-monsoon months,” Tripathy said.

“We have requested the central government to support us for building cyclone-resilient infrastructure, rather than spending huge amounts each year towards immediate restoration and rehabilitation,” he added.

Though the state government has not submitted any memorandum to the team, Additional Chief Secretary and Special Relief Commissioner P K Jena said a preliminary estimate of around Rs 20,000 crore has been made.

The central team, while touring the affected areas, hailed the state”s preparedness in view of the cyclone.

“We have seen that even in remote areas, electricity could be restored within 24 to 72 hours,” one of the members said.

The Centre had earlier sanctioned Rs 500 crore as advance assistance for restoration work in the state.