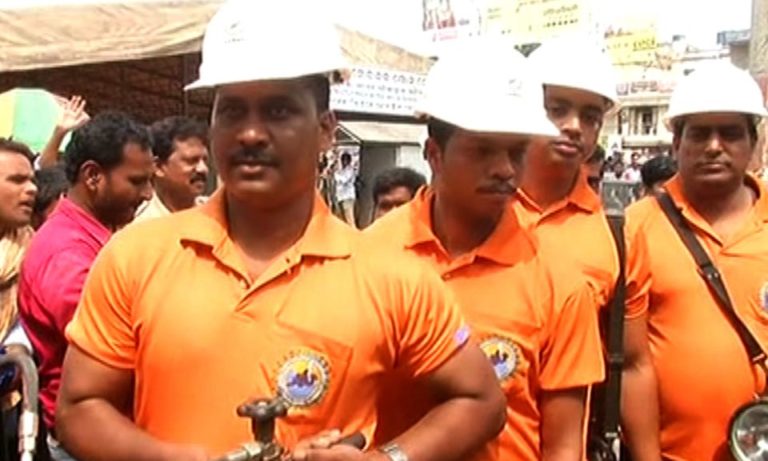 Bhubaneswar/New Delhi: As the India Meteorological Department (IMD) forecasted a recurve of the Severe Cyclonic Storm Asani and expected it moving west-central Bay of Bengal close to Kakinada or Vizag by May 11 morning, the Odisha government today stated 60 ODRAF teams have been deployed in different districts.

Special Relief Commissioner, Odisha, Pradeep Kumar Jena informed as many as 132 teams of Fire Service personnel have also been deployed along with the 60 ODRAF teams in the districts.

Heavy rain is expected tomorrow under the influence of ‘Asani’ in Koraput, Gajapati, Ganjam, Malkangiri and Rayagada districts.

Also, the National Disaster Response Force (NDRF) has earmarked 50 teams for West Bengal, Odisha and Andhra Pradesh States. Of them, 22 teams are deployed on the ground while 28 self-contained teams are on alert within the states to tackle the situation as Severe Cyclone storm ‘Asani’ is approaching north Andhra Pradesh coast.

As per IMD, it is likely to move towards northwest Bay of Bengal off Andhra Pradesh, Odisha coasts and to weaken gradually into a cyclone storm during next 24 hours.

As per the latest update by IMD, ‘Asani’ lies about 210km South-South-East of Kakinada, 310km South-SouthWest of Visakhapatnam. It is likely to reach close to Kakinada and Visakhapatnam coasts by May 11 morning and move along Andhra Pradesh coast and weaken into a cyclonic storm.