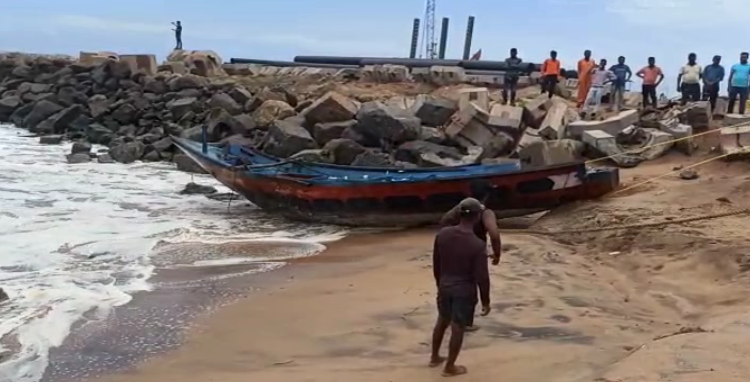 Bhubaneswar: In view of fishermen venturing into sea despite warning by authorities for Cyclone Asani, State Relief Commissioner (SRC) warned them of action for violating the advisory.

Action will be taken against fishermen under Disaster Management Act, if they venture into the sea till May 12, warned SRC Pradeep Jena on his Twitter handle today.

Some information being received that in spite of warning some fishermen r venturing in2the sea. Dist Admin advised 2 do public miking in the areas& advise fisherfolk not2 venture in2 sea till 12th May. If someone doesn’t listen & disobey, action under DM Act be taken against them

The warning came after at least 60 fishermen narrowly escaped death when their fishing vessels capsized in the sea at Aryapalli near Chatrapur in Ganjam district.

As the Cyclone Asani that is moving towards Andhra Pradesh coasts and is likely to recurve and then move parallel to Odisha coasts, Ganjam district administration has asked people not to visit Gopalpur and other sea beaches in the district today and tomorrow.

The IMD advised for total suspension of fishing operations over west central Bay of Bengal and northwest Bay of Bengal till May 12. The fishermen are advised not to venture into deep sea over the same region during the period. The fishermen whoever out at sea are advised to return to coast and advised not to venture into sea along and off Odisha coast till May 13 morning.

“I Love You Manju”: Prisoner writes wife’s name on palm before ending life in Odisha

End of An Era: Santoor Maestro Shivkumar Sharma no more

Cyclone Asani to form over Andaman Sea by May 8; Check…