Bhubaneswar: Cyclone ‘Asani’ over the Bay of Bengal may touch Andhra Pradesh coast near East Godavari-West Godavari border before recurving back into the sea today, the forecast path of the system issued by the India Meteorological Department (IMD) indicated.

As per the forecast path, the system may touch land near the areas of Malikipuram (East Godavari), Narasapuram (West Godavari) and Mogalthur (West Godavari) today as a cyclonic storm (see pic below). 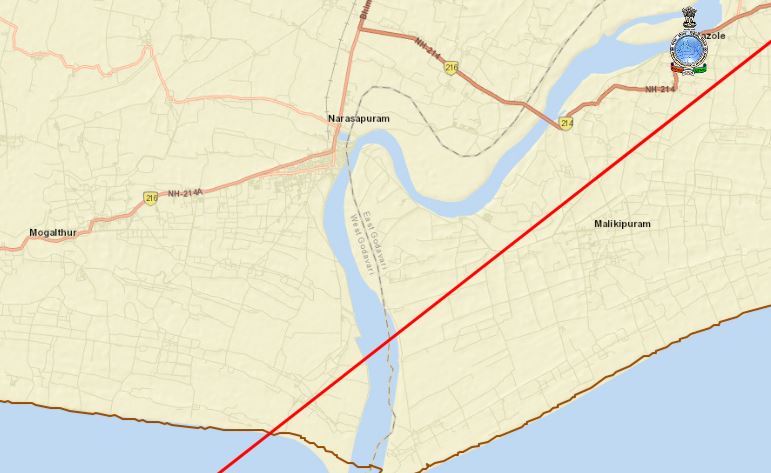 “The cyclonic storm is very likely to move nearly northwards for next few hours and then north-northeastwards along Narsapur, Yanam, Kakinada, Tuni and Visakhapatnam coasts during noon to evening of today and emerge into westcentral Bay of Bengal off North Andhra Pradesh coasts by night. It is likely to weaken gradually into a depression by 12th May morning,” the IMD said in its bulletin issued at 8.45 am today.

12th May: Light to moderate rainfall likely at many places with heavy rainfall at isolated places is likely over north coastal Andhra Pradesh, coastal areas of Odisha and West Bengal.