Bhubaneswar: With the possibility of formation of a low pressure area over Bay of Bengal around May 23, cyclone-prone Odisha might witness nature’s fury yet again as weather model indicates movement of the system towards the coast of the state.

On the other hand, renowned meteorologist Jason Nicholls said there is possibility of formation of a low pressure area over Bay of Bengal this weekend and cyclonic storm early next week. The system might impact Northeast India, Bangladesh or Myanmar, he said.

MJO pulse leading to increased convection over the Bay of Bengal. A low can form in the BOB this weekend with a cyclone possible early next week. System can impact NE #India, #Bangladesh or #Myanmar later next week. pic.twitter.com/KaftawXkGk

The Regional Meteorological Centre here also forecasted that a low pressure area is likely to form over east central Bay of Bengal and neighbourhood around May 23.

The India Meteorological Department (IMD) had earlier predicted formation of a low pressure area over Bay of Bengal with further intensification and cyclogenesis between May 21 and May 27.

“ECMWF and NCEP GFS models are indicating likely formation of a low pressure system over the Bay of Bengal during the period. NCEP GFS is showing its intensification and cyclogenesis over east central and adjoining northeast Bay of Bengal,” the IMD had said.

There is also a ‘Low’ probability (1% to 33%) existing for cyclogenesis over east central and adjoining northeast Bay of Bengal, the IMD added. 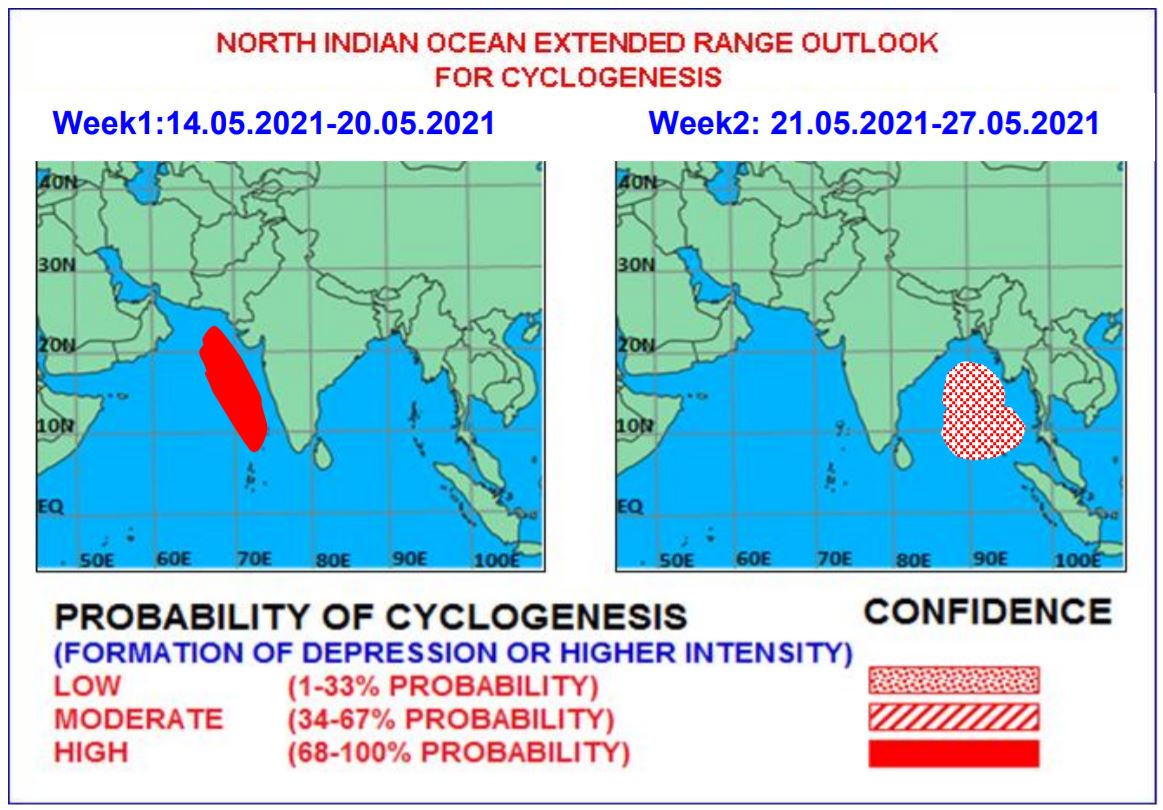 ‘Public darshan’ not to be allowed at Shree Jagannatha…