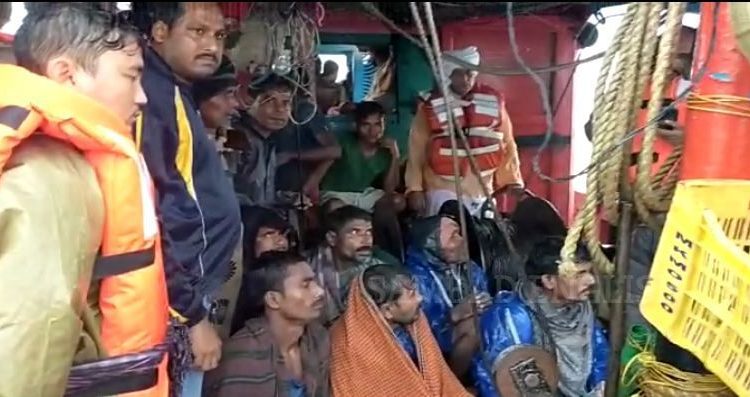 Dhamra: The Bhadrak district administration today rescued eight fishermen who were stranded at Kalinali island near Dhamra port due to Cyclone Bulbul.

When the eight fishermen at the sea, the cyclone struck near Dhamra port at around 2 am last night. As the sea remained rough, the fishermen lost their boat to high tides. Somehow they swam to Kalinali and ran into the forest.

“As the tide was very high due to the cyclone, we climbed the trees,” narrated one of the fishermen.

They remained atop the trees from 2 am last night to 2 pm today until when the district administration came to their rescue.

Of the eight fishermen, two are stated to unwell and have been admitted to hospital.