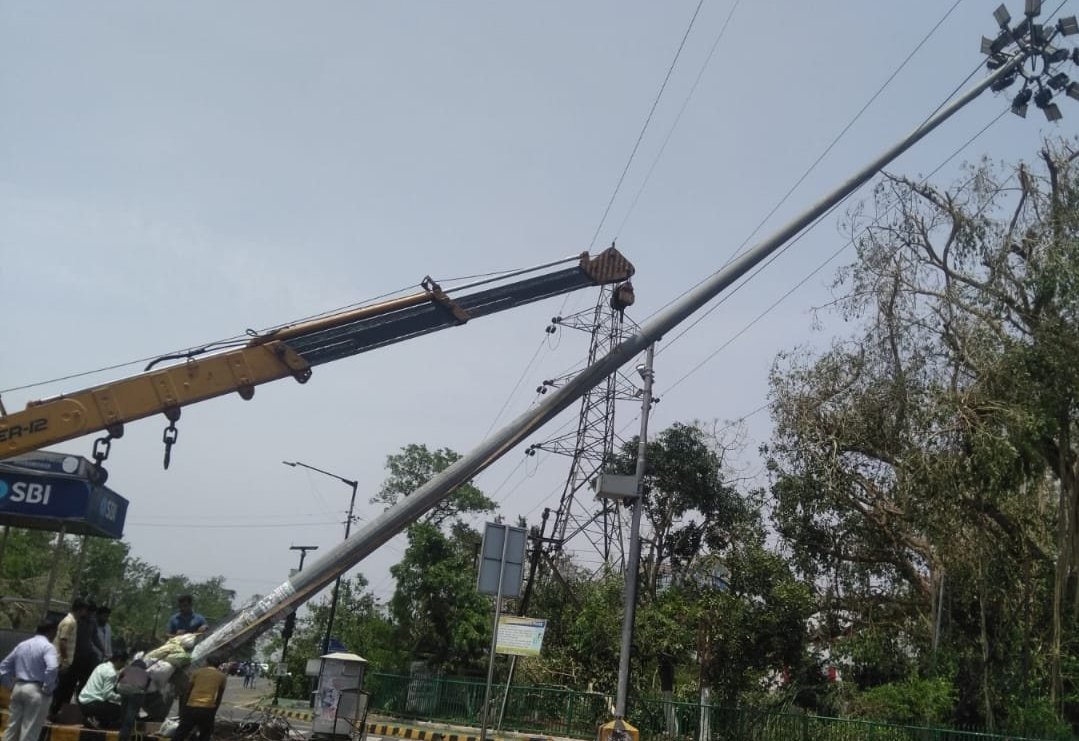 Power supply to around 10 lakh consumers will be restored by tomorrow, Sethi said, adding that efforts are on for complete restoration of power supply in a week.

“It will take at least five to seven days to restore normalcy in power supply in Bhubaneswar. However, it may take a bit longer for Puri where the devastation to power structures is maximum,” said Energy Secretary Hemanta Sharma.

Official sources said over one crore people were affected in Odisha by the cyclonic storm while Puri and Khurda districts were worst hit. More than 20,000 trees uprooted in Bhubaneswar city and nearby areas.

Preliminary reports suggest that kutcha houses have been completely destroyed in Puri and some parts of Khurda.

Efforts on to restore water supply in Bhubaneswar after cyclone FANI