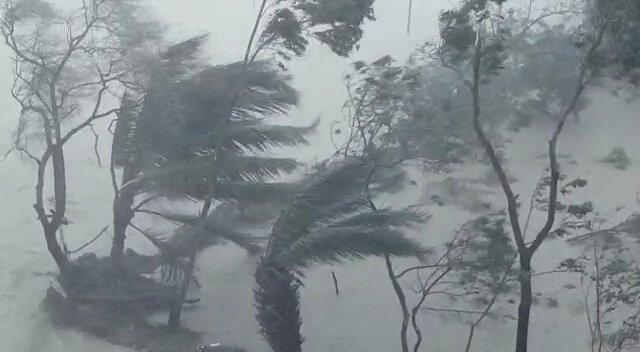 Puducherry: With the Cyclone ‘Mandous’ intensified into a major cyclonic storm, Puducherry has declared a two-day holiday for educational institutions across the territory.

All educational institutions will remain shut in Puducherry and Karaikkal on Friday and Saturday.

The India Meteorological Department (IMD) has warned of heavy to extremely heavy rain in several coastal districts of Tamil Nadu and Puducherry on December 9 and 10.

The storm is centered about 350 km east-southeast of Karaikkal and about 440 km southeast of Chennai over the southwest Bay of Bengal and was on high intensity till Friday morning. It was likely to weaken into a cyclonic storm by forenoon.

The IMD in its bulletin said that the Cyclonic storm would have a maximum sustained speed of 65- 75kmph gusting to 85 kmph around midnight of Friday.

The Greater Chennai Municipal Corporation was also geared up for any eventuality related to the heavy rainfall expected on Friday and Saturday.