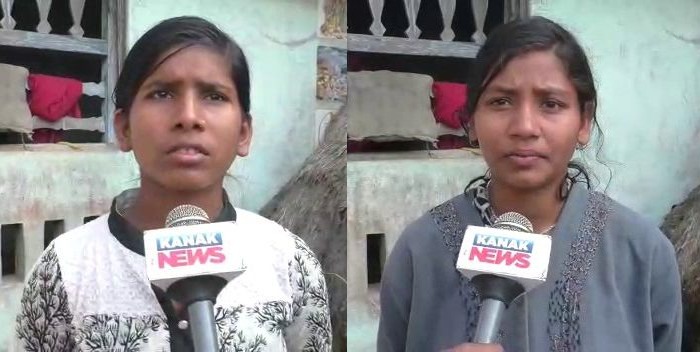 Bhubaneswar: The Odisha Government will construct a cyclone shelter at a school in Kendrapara district, where National Bravery Award winners Purnima Giri and Sabita Giri, two sisters, are studying.

An announcement in this regard has been made by Chief Minister Naveen Patnaik, who congratulated the sister duo as the two will receive the awards at Rashtrapati Bhavan on the eve of Republic Day. The CM also sanctioned Rs 1.20 crore for the cyclone shelter.

While the construction work will commence soon, it has been decided that Purnima and Sabita will lay foundation stone for the cyclone shelter.

Bravery on the part of Purnima and Sabita had restricted toll in the tragic boat capsize incident in Mahanadi river confluence in Kendrapara district on January 2, 2019. Hearing screams of the victims for help, the two sisters reached the spot at a time when the boat had capsized completely.

Despite knowing that the portion of the river was crocodile-infested, the two, braving the deep waters and intense cold wave conditions, jumped into the river in a bid to save the lives of the victims.

The two brave girls managed to save around ten persons, including two women and some children, from meeting the watery grave. The ill-fated country boat carrying around 55 persons had capsized in Mahanadi river confluence near Nipania under Mahakalapada block of Kendrapara district. The victims had gone for a picnic and were returning home when the mishap took place.