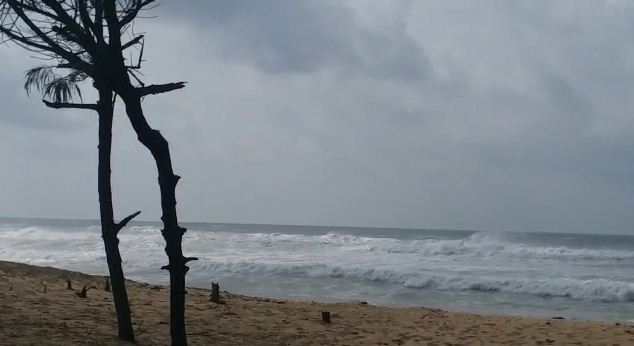 Bhubaneswar: Amid forecast by the IMD for a cyclonic storm ‘Sitrang’ likely to hit coastal region of India during Diwali this year, a low pressure area formed over the Bay of Bengal this morning.

The low pressure area has formed over the southeast and adjoining eastcentral Bay of Bengal, informed the Regional Meteorological Centre of IMD today.

Low pressure forms over Bay of Bengal; these states likely to be hit

Various models have forecast the track, intensity and landdall of the cyclonic storm.

The landfall point based on ECMWF, NCUM and NCEP-GFS models varies between West Bengal (Digha) to Bangladesh (Pather Ghat) coast. Landfall time is varying between 25/0000 UTC to 25/1200 UTC from these models, the Regional Specialized Meteorological Centre (RSMC) said in its bulletin yesterday.

However, IMD-GFS model is indicating landfall over Odisha around 28/0000 UTC, the RSMC added.

The IMD is yet to make any forecast regarding landfall area and time.