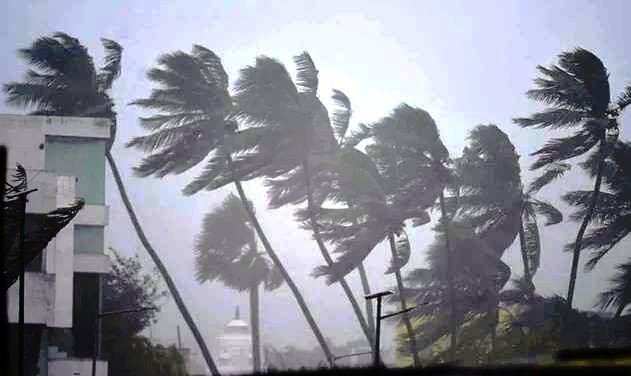 Bhubaneswar: Amid possible Cyclone Sitrang, the low pressure area formed over the Bay of Bengal intensified into Depression today.

According to IMD, the low pressure area intensified into Depression over southeast Bay of Bengal close to west of Andaman Islands at 8.30 am today near latitude 12.70N and longitude 92.40E, about 110 km north-northwest of Port Blair, 1460 km south-southeast of Sagar Island and 1130 km south-southeast of Barisal (Bangladesh).

It is very likely to move northwestward and intensify further into a Deep Depression over eastcentral and adjoining southeast bay of Bengal by October 23 morning. Subsequently, it is very likely to recurve gradually north-northeastwards and intensify into a cyclonic storm over central Bay of Bengal by October 24 morning. Thereafter, it would continue to move north-northeastwards and cross Bangladesh coast between Tinkona Island and Sandwip  around October 25 early morning. 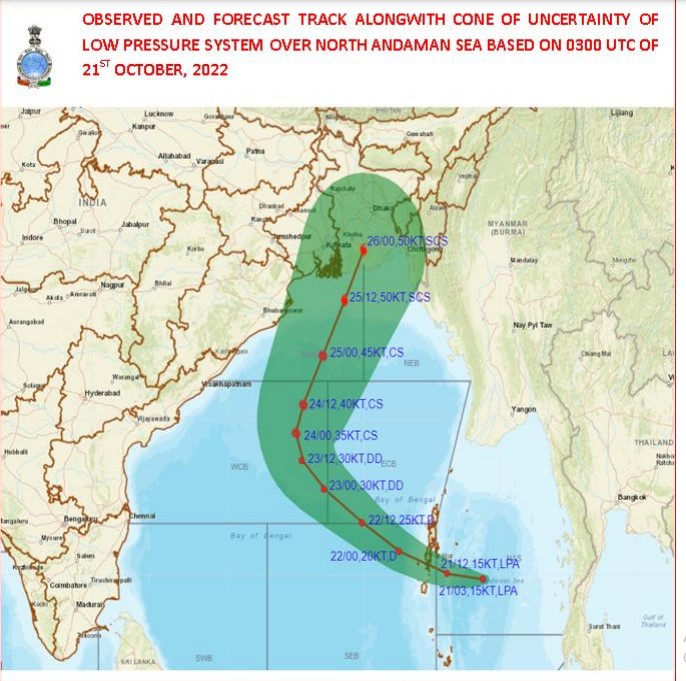 Under influence of possible Cyclone Sitrang, heavy downpour is likely at coastal Odisha districts while it will move along the coast, the IMD warned.

According to Regional Meteorological Centre of IMD, Heavy rainfall (7 to 11cm) very likely to occur at one or two places over the districts of Bhadrak, Kendrapada, Jagatsinghpur and Puri between October 23 and 24.

Similarly, Heavy rainfall (7 to 11cm) very likely to occur at one or two places over the districts of Mayurbhanj, Balasore and Bhadrak between October 25 and 26 morning.