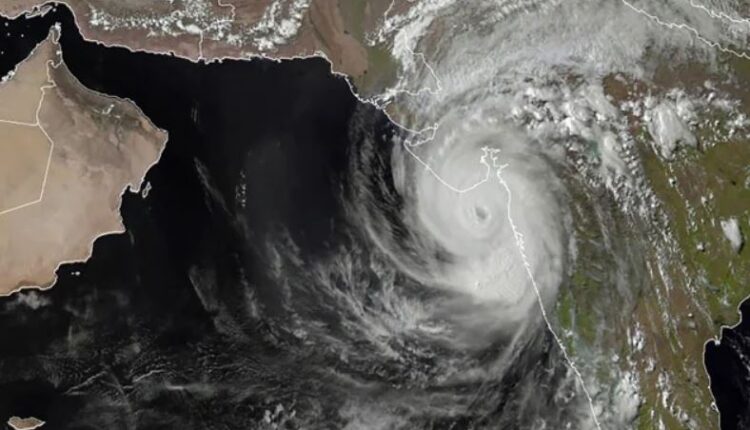 New Delhi: Cyclone “Tauktae” is very likely to move north-eastwards and weaken gradually into a well-marked low-pressure area during the next 12 hours, the India Meteorological Department said.

Remnant of the system is very likely to move further north-eastwards across Rajasthan to west Uttar Pradesh during the next two days, said the National Weather Forecasting Centre of the India Meteorological Department (IMD).

The deep depression (remnant of the extremely severe cyclonic storm Tauktae) over the Gujarat region moved north-eastwards with a speed of about seven kmph during the past six hours, weakened into a depression, and lay centered at 5.30 a.m. on Wednesday near latitude 24.3 degrees north and longitude 73.3 degrees east over south Rajasthan and adjoining Gujarat region, about 60 kms west-southwest of Udaipur (Rajasthan) and 110 km east-northeast of Deesa (Gujarat region).

Light to moderate rainfall at most places with heavy to very heavy rainfall at isolated places is very likely over east Rajasthan on Wednesday.

Squally wind speed reaching 45-55 kmph gusting to 65 kmph is likely to prevail over east Rajasthan and adjoining Gujarat region during the next 12 hours, the IMD said.

FIR lodged after Indian Army jawan asks for tortoise with 21…