Cyclone Titli aftermath: 12 feared dead due to landslide in Odisha 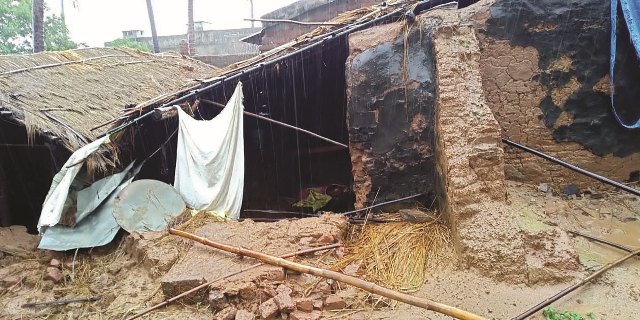 Paralakhemundi: In a major mishap following the cyclone Titli, at least 12 persons, including five children were reportedly killed due to a landslide in Gangabada Panchayat under Rayagada block in Gajapati district last night.

Sources said 16 persons of five families had left their houses in view of cyclone Titli and taken shelter in a cave atop a hill. However, 12 of them have reportedly been killed after a portion of the hill came crashing down due to heavy rain last night.

Locals said bodies of 12 persons have been found while efforts are on to locate the rest four.

“Since it is a remote area, the rescue team is yet to reach the spot. However, the district administration and police officials will visit the spot today,” said Garabandha police station officer Prashant Bhupati .

Here’re the trains cancelled, diverted in Odisha for…