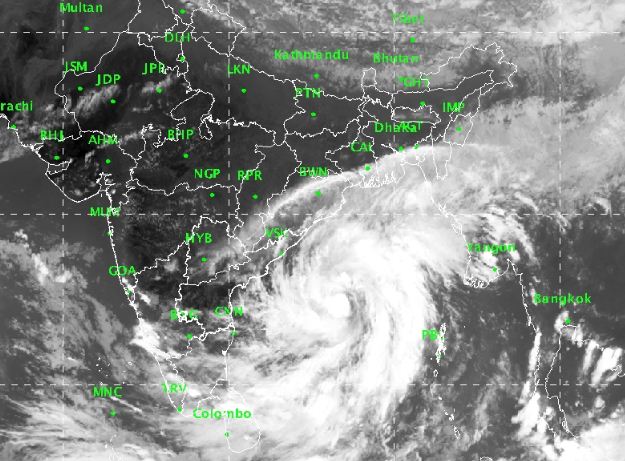 Bhubaneswar: The Odisha government on Wednesday directed the Ganjam, Puri, Khurda, Jagatsinghpur and Kendrapara district administrations to evacuate all those areas where cyclonic storm Titli is expected to pass through after making landfall on Thursday morning.

Chief Minister Naveen Patnaik directed the collectors of these five districts to ensure ‘zero casualty’ after the Met office said Titli has been upgraded to “severe” category.

Reviewing the already afoot evacuation process starting with Ganjam district, Patnaik said all schools, colleges and anganwadi centres would be closed on October 11 and 12. Teachers, however, would be on duty.

The students’ union poll across the state scheduled for October 11 has been cancelled, Chief Secretary Aditya Prasad Padhi said.

The holidays of officials have been put on hold in view of the approaching storm and subsequent heavy rainfall that was expected to be dumped across the state.

The India Meteorological Department (IMD) said cyclone Titli formed over the Bay of Bengal intensified into a severe cyclonic storm and was moving towards the Odisha-Andhra Pradesh coast.

It was likely to make landfall between Gopalpur in Odisha and Kalingapatanam in Andhra Pradesh early on Thursday at a wind speed of 145 kmph.

It was also very likely to intensify further into a very severe cyclonic storm during the next 18 hours till early Thursday, the India Meteorological Department said.

The state engineering departments have been asked to be ready for restoration work, especially essential services like water supply, road connectivity and electricity supply after the cyclone crosses the Odisha coast.