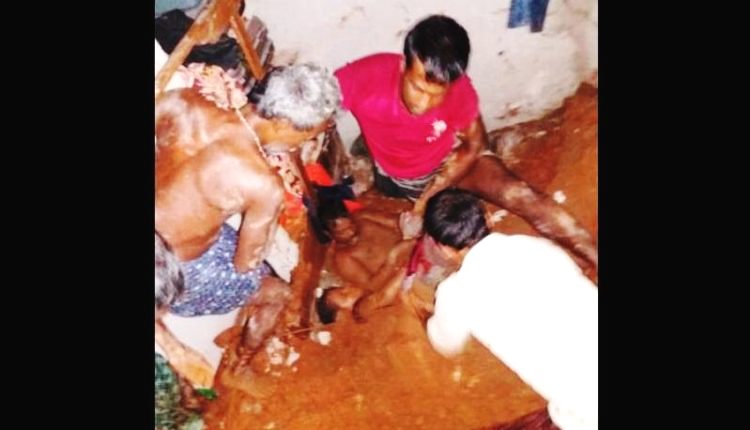 Cuttack: In the aftermath of severe cyclonic storm Titli, three persons of a family were critically injured after a portion of their house caved in following a landslide at Bishnupur village under Tigiria police limits in Cuttack district late last night.

However, locals rescued them from the debris and immediately admitted them to a hospital for treatment.

Sources said one Kuna Swain, his wife Anjana and son Krushna were sleeping when the floor of their house suddenly caved in following a landslide due to incessant rain . As a result, the trio got trapped under the debris.

On being informed, locals rescued the three and admitted them to Tigiria hospital in critical condition. They were later shifted to SCB Medical College and Hospital here after their condition deteriorated, sources added.